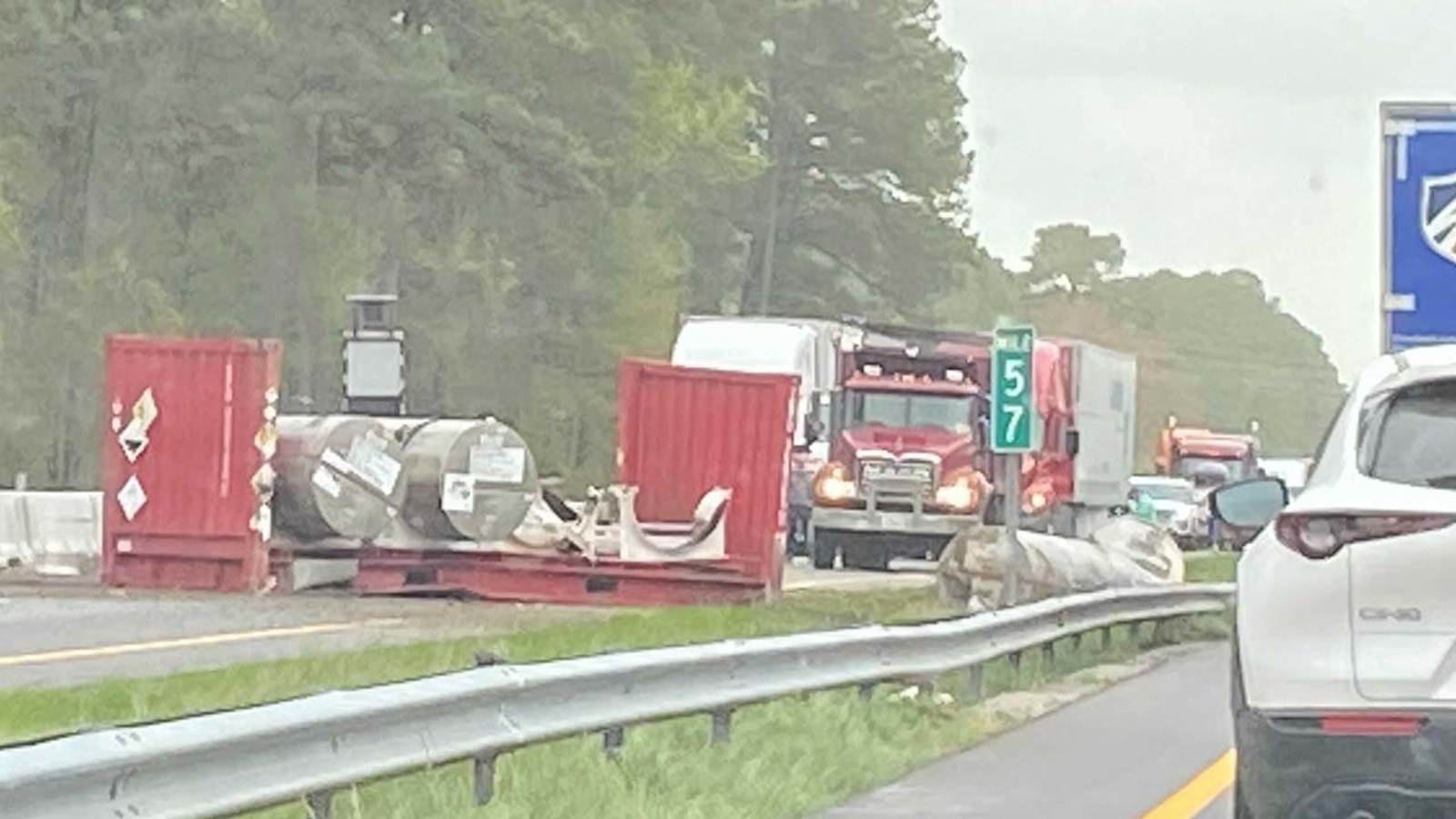 A TRUCK carrying a radioactive uranium compound crashed on Wednesday as drivers were evacuated from the area, reports say.

The accident happened along the I-95 in Cumberland County at around 11.30am initially blocking off all lanes of traffic, the North Carolina State Highway Patrol confirmed.

There were no injuries in the crash.

The truck was reportedly carrying uranium hexafluoride, which can be used to make fuel for nuclear power plants.

Radiation from the chemical is said to present minimal risk to transport workers, emergency response personnel, and the public during transportation accidents.

According to WNCN, the tractor-trailer overturned near Exit 58 but the cause of the crash is unknown.