There’s a devil loose: 38-year-old man on parole for murdering his own mother is charged with viciously beating up 65-year-old Asian woman on her way to church in NYC in front of two security guards who did nothing 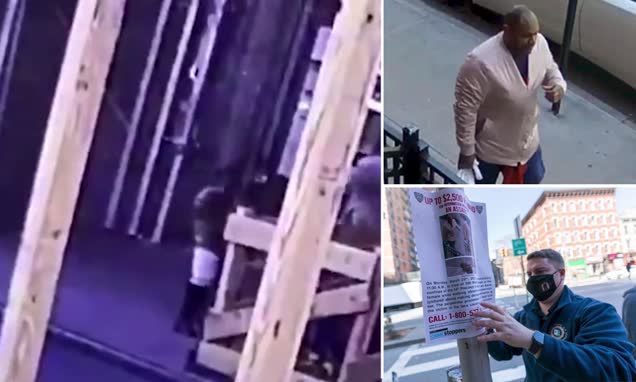 New York City Mayor Bill de Blasio and mayoral candidate Andrew Yang expressed anger on Tuesday that nobody intervened to help an elderly Asian woman who was viciously assaulted in Manhattan on Monday. ‘Like so many other people, I woke up to a horrifying video of an Asian woman being horribly beaten for no other reason than her race,’ Yang, who is currently considered the favorite to succeed de Blasio, told reporters in Brooklyn on Tuesday. ‘An elderly Asian woman walking the streets of Hell’s Kitchen could easily have been my mother, because that’s where we live. And so when I saw this video, that is who I thought of.’ The former candidate for the Democratic Party nomination for president is vying to be the first-ever mayor of Asian descent to take over City Hall. He made the remarks just after horrifying surveillance footage emerged showing the 65-year-old victim being savagely attacked while on her way to church in broad daylight on Monday. The New York Police Department (bottom right) posted notices offering a reward for information leading to the arrest of the suspect (top right).