Noose Hung on Tree Outside D.C. Church Being Investigated by Police as Possible Hate Crime 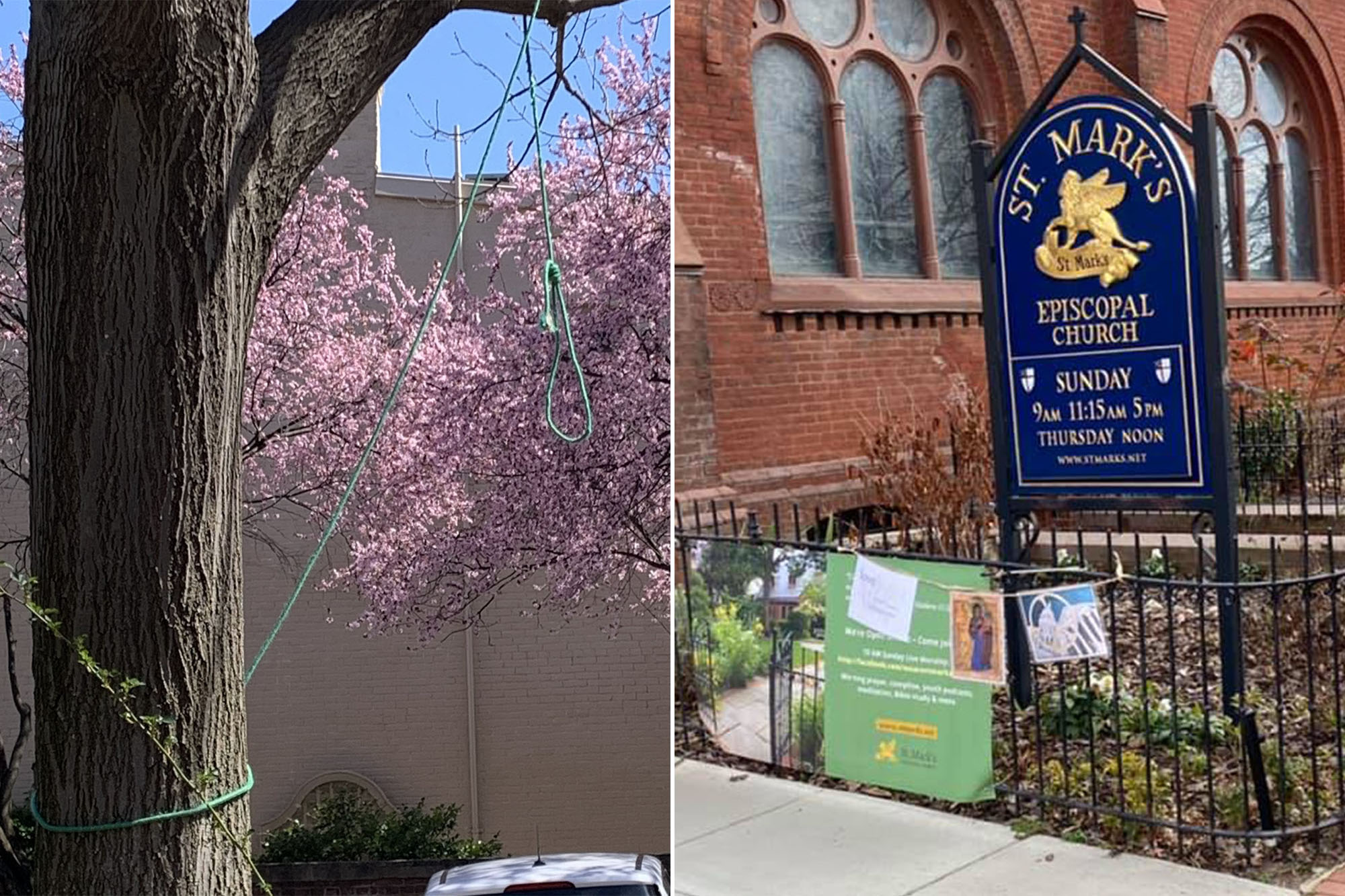 On the morning of March 26, a noose was found hanging from a branch of the largest tree in the courtyard of St. Mark’s Episcopal Church on Capitol Hill in Washington, D.C., according to local news reports.

The rope fashioned as a symbol of racial hatred comes after two Black Lives Matter signs have been stolen from the church over the last few months, most recently on March 13, the Rev. Michele Morgan, St. Mark’s rector, told the DCisit.

After the symbol of hatred was removed from the tree, Washington Bishop Marianne Budde, the police officer who’d responded to the call and Morgan prayed around the tree, “reconsecrating the space and blessing the tree and the sacred space of our church,” wrote Morgan in a message to the congregation later that day. “That symbol of hatred has no place in our churchyard, in our city, or our country. I know that this symbol causes fear in people’s hearts.”

Following the incident, the church received support from its neighbors, racial justice allies, Episcopal churches and Episcopalians nationwide, she said.