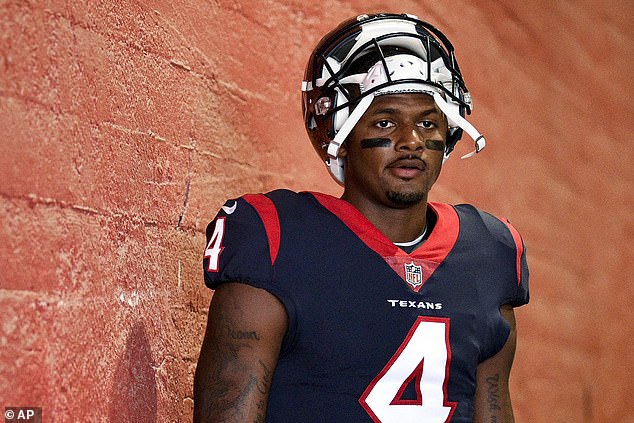 Eighteen women who say they have been masseuses for NFL star Deshaun Watson have vouched for his character, saying he’s always been professional as the football player faces accusations of sexual misconduct.

The Houston Texans quarterback remains on the defensive, however, with two more complaints filed on Tuesday that brings the total number of lawsuits against him to 21.

Rusty Hardin, Watson’s lawyer, revealed the statements of support for the quarterback. They come from women who have given him massages more than 130 times combined, Hardin says.

‘These women say they are deeply troubled by the accusations made against Deshaun and that these claims are wholly inconsistent with their experiences with him and who they believe him to be,’ Hardin said in a statement to TMZ.

‘All of them stated that Deshaun never made them feel uncomfortable or demanded anything outside the scope of a professional massage.’