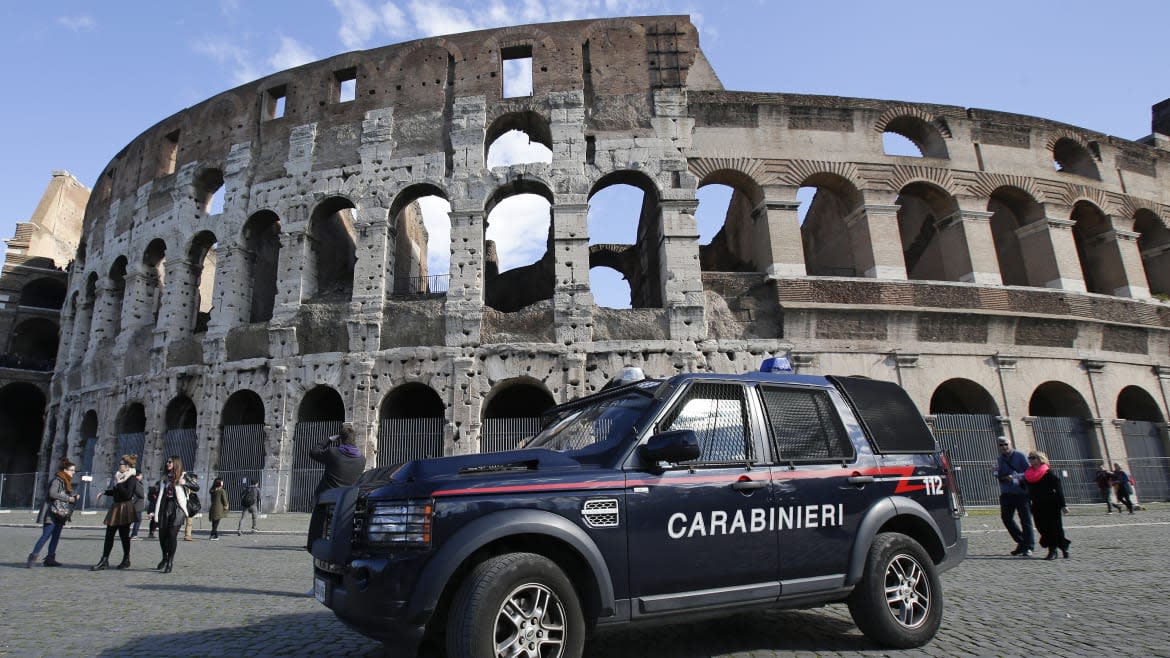 ROME—Italian secret service agents backed by Carabinieri military police swooped in on a clandestine meeting in a Roman parking garage early Wednesday morning just as an Italian navy officer named as Walter Biot was handing a secret dossier of Italian state secrets and classified NATO documents to a Russian spy who had a reportedly paltry sum of €5,000 ($5,863) in cash ready to swap for the documents.

Biot, who was the captain of a navy frigate, was taken into custody on charges of espionage and endangering state security. The Russian, who has diplomatic status, was released to the Russian embassy in Rome and will be expelled from the country.

On Tuesday, Italy’s foreign ministry summoned Russian ambassador Sergey Razov to get to the bottom of the matter. The foreign minister’s office later announced that Italy had expelled two Russian diplomats tied to the arrest, but did not elaborate who the second Russian was or what role he or she may have played.

The Russian embassy in Rome confirmed the events and released a short statement, saying it was “verifying” details, and hoped the inconvenient series of events would not compromise relations between the two nations. “For now, we consider it inappropriate to comment on what happened,” the statement said. “In any event, we hope that what happened is not reflected on the bilateral relationship between Russia and Italy.”

Russian president Vladimir Putin’s obsession with the destruction of NATO, which was to a large extent backed by former President Donald Trump, is not yet confirmed as the motive behind the sale of these documents. There are six NATO bases in Italy, all joint operations with the U.S. and Italian military. It is yet unknown which of those bases the alleged Italian spy worked on.

NATO officials did not immediately return requests for information, but this is the second event involving classified NATO documents in recent weeks. In mid March, an Estonian researcher with NATO clearance was arrested for spying for China.