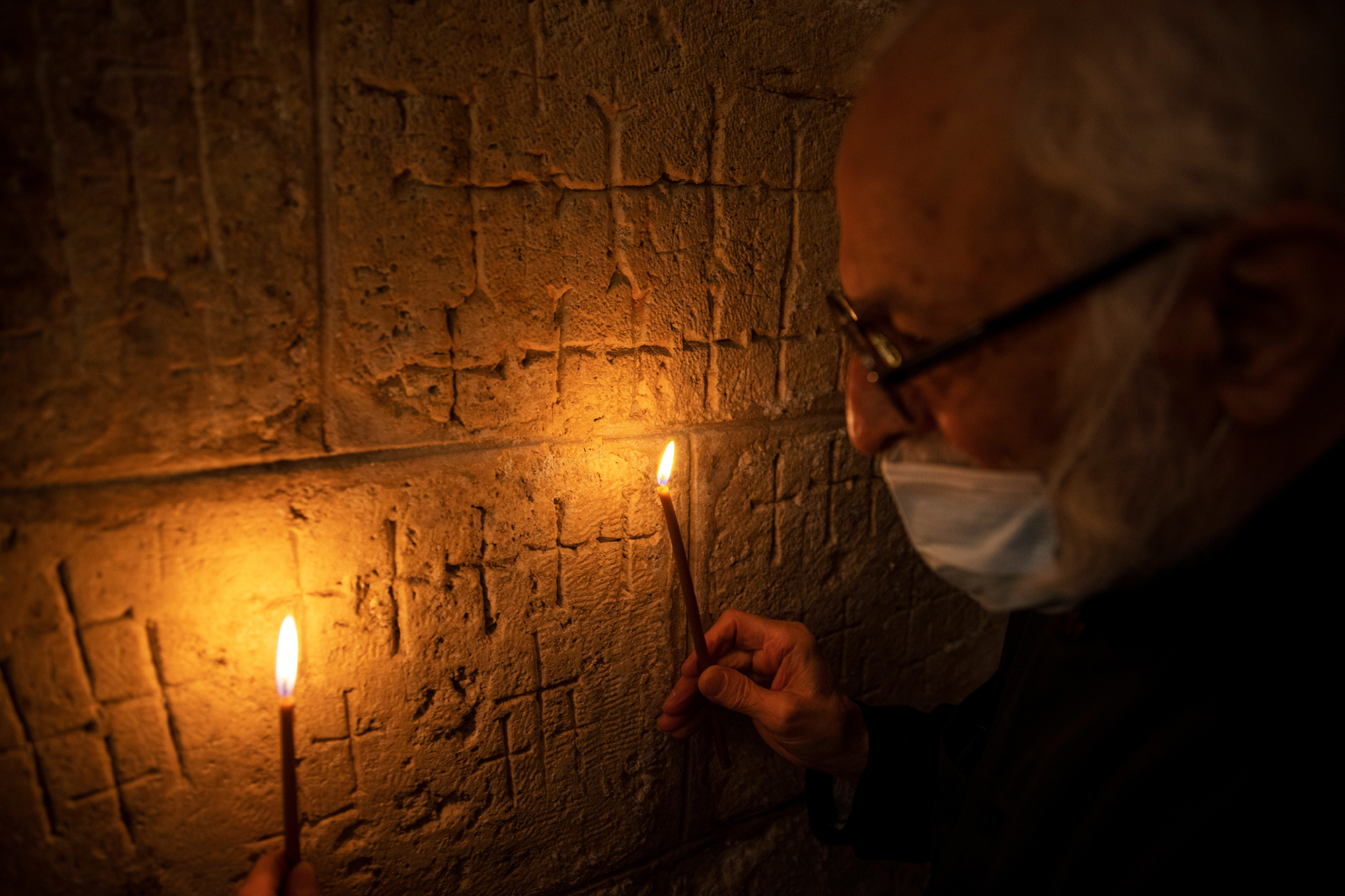 JERUSALEM (Reuters) – Crosses etched in mysterious abundance across the walls of Christianity’s most sacred church were long assumed to be graffiti, but they may be the work of mediaeval masons paid to carve them by pilgrims, research suggests.

Revered in Christian tradition as the site of Jesus’s crucifixion and burial, Jerusalem’s Church of the Holy Sepulchre usually bustles with worshippers and clergy. That has made study of the sacred markings difficult.

But renovations in 2018 at one of its chapels featuring thousands of the close-bunched and hand-engraved crosses gave Israel’s Antiquities Authority and Hadassah Academic College Jerusalem an opportunity for research.

In coordination with the Armenian Orthodox Church, which controls the chapel, the scholars used digital cameras and three-dimensional imaging to map out, compare and date the crosses.

“This unique phenomenon always baffled us: Is it graffiti of the pilgrims, or rather, something else?…,” said Amit Re’em, Jerusalem regional archaeologist for the Authority.

“We saw that all of them (crosses) have the same depth and even the marking of the mason,” he said, provisionally dating them to the 15th century.

“Maybe two or three hand artists made these crosses,” Re’em said. “…So it’s not graffiti, it’s something more organised.”

He suggested an intercessionary purpose.

Father Samuel Aghoyan, the Armenian superior at the Holy Sepulchre, saw benefits to the church from the research, especially as it struggles to emerge from COVID-19 lockdowns‮ ‬and prepares for Easter.

“Now there are no pilgrims here, (but) still their spirit is here, we know, I believe in that,” he said.