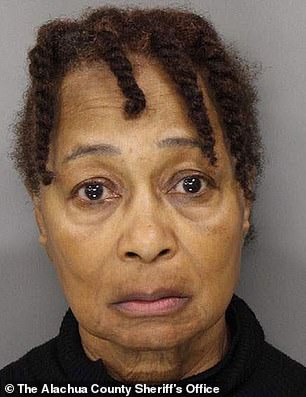 A woman who once ran a Florida religious group described as a cult by prosecutors has died in prison more than a month after she was sentenced for the 1980s deaths of two young children.

Anna Young, 79, was sentenced last month after pleading no contest to second-degree murder and negligent manslaughter, according to Alachua County court records.

She received 30 years for the murder conviction, which would have ran concurrently with 15 years for manslaughter.

Young, who operated the House of Prayer cult near Gainseville in the 1980s and 1990s, only served 42 days in prison before her death.

Her daughter, Joy Fluker, told First Coast News that Young was in the ICU on oxygen at a local hospital Monday night.

No other details surrounding her death were released.

Between 1988 and 1989, Young caused the death of a toddler named Emon Harper through abuse and starvation, prosecutors said.

Young, who was known in the cult as ‘Mother Anna’ was arrested in 2017 after Fluker told authorities about Emon’s death and other abuses at the House of Prayer.