Ex-DOJ official accused of $25m extortion plot by Rep. Matt Gaetz slams ‘totally false’ claims and challenges him to prove it, saying ‘it’s a blatant attempt to distract from fact Matt’s under investigation for sex trafficking a 17-year-old girl’ 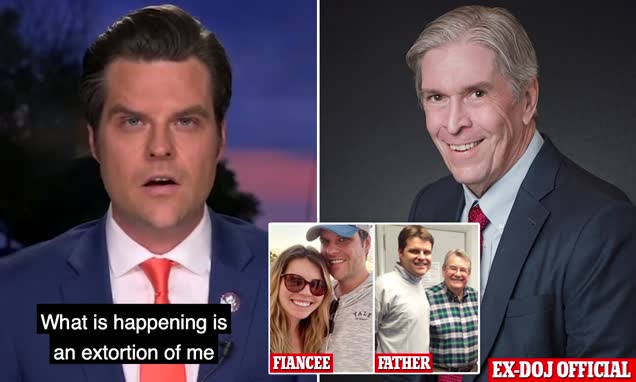 Attorney David McGee said he was not part of a plan to extort Gaetz nor was he connected to the DOJ’s sex trafficking probe after Rep. Gaetz on Tuesday claimed he is the victim of a $25 million extortion plot. That came following the news he is under investigation for sex trafficking over allegations he had a sexual relationship with a teenage girl, 17, and paid to have her travel with him. Gaetz claimed he had been working with the FBI and his father Don Gaetz had been wearing a wire to expose the alleged scheme after learning of it earlier this month. But McGee, an attorney at Beggs & Lane law firm and former DOJ official, said: ‘It is completely false’. The attorney said Gaetz’s father had ‘called me and asked to talk to me’ and said he would welcome a tape of their conversation being made public, adding : ‘If there is a tape, play the tape’.