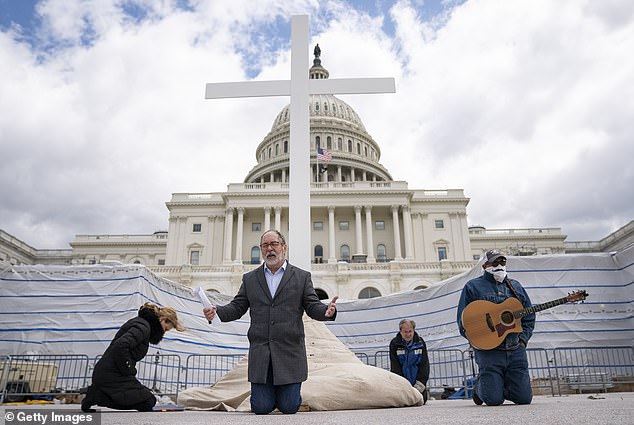 A Christian pastor has filed a federal lawsuit against Speaker Nancy Pelosi and Vice President Kamala Harris after his request to hold a Good Friday vigil on the grounds of the Capitol was denied.

He alleges that the denial prevents him from exercising his right to free speech, with the barricades essentially creating a ‘no-speech zone.’

Patrick Mahoney, a Presbyterian reverend from Virginia, said in his Tuesday complaint that his 30-plus-year-long tradition of holding the service on the Lower Western Terrace was denied this year by the Capitol Hill Police Department.

Following the insurrection at the Capitol on Jan. 6, sidewalks and grounds surrounding the Capitol were fenced off in a bid to maximize security.

The steel fences and road blocks around the complex have finally been removed as of last week – more than two months after the deadly riots. But an inner layer of barricades will still remain around the Capitol building for now.