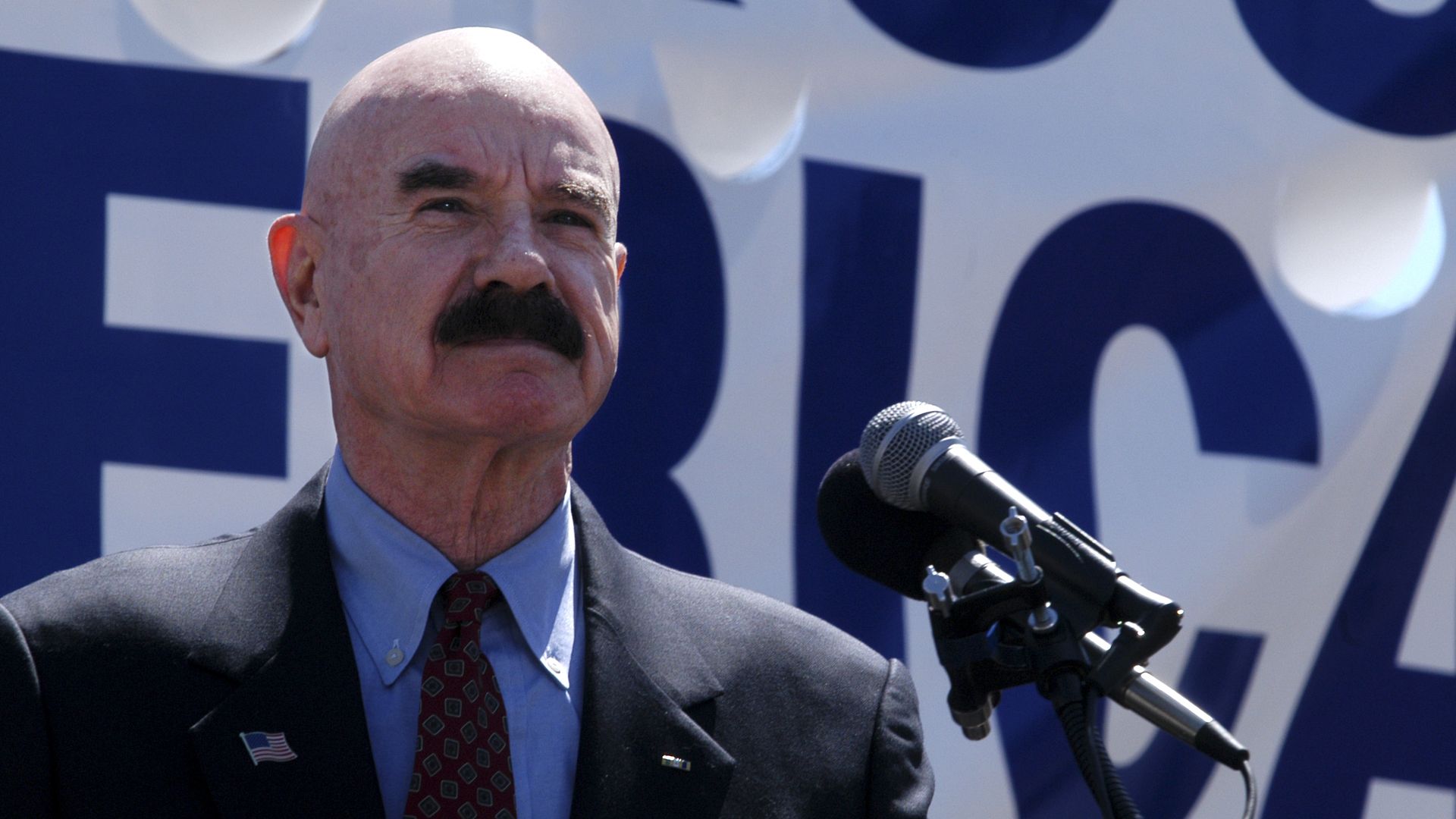 G. Gordon Liddy, the notorious undercover operative whose botching of the Watergate burglary eventually brought down President Richard Nixon, died Tuesday at 90. The Brooklyn-born architect of many of the Nixon administration’s “dirty tricks,” in addition to Watergate, served 52 months in prison for his role. He emerged unrepentant, writing a bestselling autobiography and acting on various television shows before hosting a talk radio show. The Washington Post reports that when callers to the show would ask him how he was, he would invariably answer: “Virile, vigorous and potent.” He also enjoyed his Watergate fame, even affixing the vanity license plate H20GATE to his black Volvo, the Post reports.