Skin ‘peeled off’ in rare reaction to Johnson & Johnson vaccine 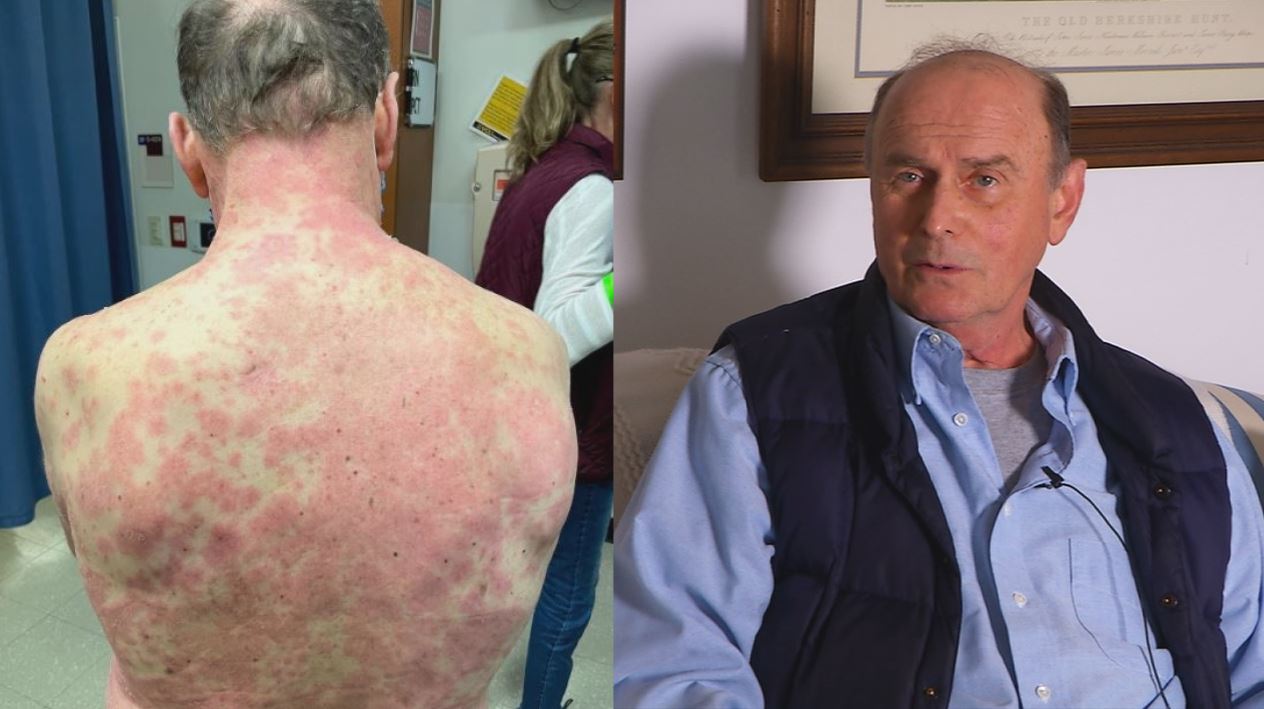 GOOCHLAND COUNTY, Va. (WRIC) — A Goochland County man suffered a severe reaction after getting his COVID-19 vaccine and VCU doctors believe it was a direct result of the shot.

Richard Terrell got the one-dose Johnson & Johnson vaccine earlier this month. He suffered a severe rash that spread over his entire body and turned his skin red. The 74-year-old was admitted to the hospital and spent five days at VCU Medical Center.

Terrell was released from the hospital and is now sharing his vaccination story as he recovers from the comfort of his Goochland home. He tells 8News that he’s still very weak and that it will take some time for him to fully recover, but he’s thankful to have received his dose.