Rep. Matt Gaetz goes on a tweet storm and claims he is a victim of extortion after it’s revealed he is ‘under investigation for sex trafficking over allegations he had a sexual relationship with a teenage girl, 17, and paid to have her travel with him’ 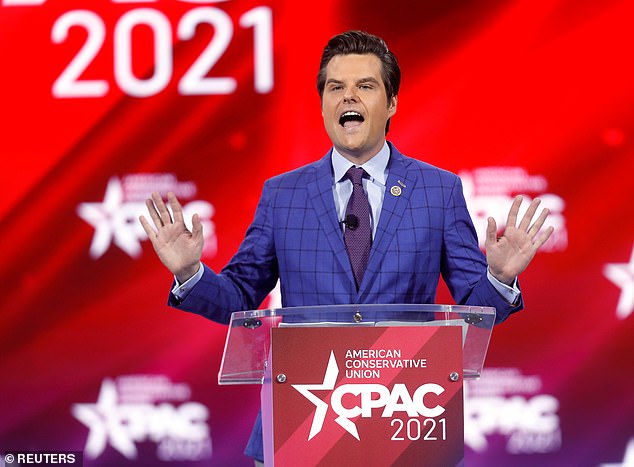 Rep. Matt Gaetz has gone on a tweet storm claiming he is the victim of extortion after it was revealed he is under investigation for sex trafficking over allegations he had a sexual relationship with a teenage girl, 17, and paid to have her travel with him.

The Republican congressman and close ally of Donald Trump fired out a series of tweets Tuesday claiming a former Justice Department employee had been trying to extort $25 million from him and his family as he slammed the allegations as ‘lies’.

Gaetz went on the defense after the New York Times revealed Tuesday the DOJ has launched a probe to investigate whether he violated federal sex trafficking laws.

The inquiry, launched under then-Attorney General Bill Barr, is said to be part of a wider probe into Florida official Joel Greenberg, who was slapped with a string of charges last year including sex trafficking a minor between the age of 14 and 17.

Two insiders told the outlet the investigation began during Trump’s final months in office. Gaetz, 38, is close to the former president and got engaged to food analyst Ginger Luckey, 26, at his Mar-a-Lago club in late December.

No charges have been filed against Gaetz.

News of the DOJ probe came just hours after it was revealed Gaetz is considering retiring from Congress and taking a job at the right-wing news outlet Newsmax.