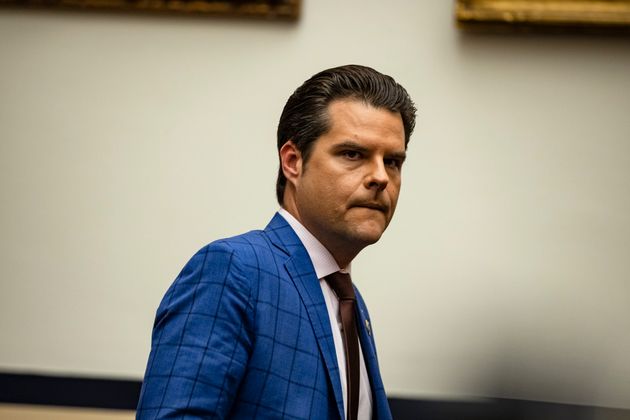 Representative Matt Gaetz, Republican of Florida and a close ally of former President Donald J. Trump, is being investigated by the Justice Department over whether he had a sexual relationship with a 17-year-old and paid for her to travel with him, according to three people briefed on the matter.

Investigators are examining whether Mr. Gaetz violated federal sex trafficking laws, the people said. A variety of federal statutes make it illegal to induce someone under 18 to travel over state lines to engage in sex in exchange for money or something of value. The Justice Department regularly prosecutes such cases, and offenders often receive severe sentences.

It was not clear how Mr. Gaetz met the girl, believed to be 17 at the time of encounters about two years ago that investigators are scrutinizing, according to two of the people.

The investigation was opened in the final months of the Trump administration under Attorney General William P. Barr, the two people said. Given Mr. Gaetz’s national profile, senior Justice Department officials in Washington — including some appointed by Mr. Trump — were notified of the investigation, the people said.

The three people said that the examination of Mr. Gaetz, 38, is part of a broader investigation into a political ally of his, a local official in Florida named Joel Greenberg, who was indicted last summer on an array of charges, including sex trafficking of a child and financially supporting people in exchange for sex, at least one of whom was an underage girl.

Mr. Greenberg, who has since resigned his post as tax collector in Seminole County, north of Orlando, visited the White House with Mr. Gaetz in 2019, according to a photograph that Mr. Greenberg posted on Twitter.

No charges have been brought against Mr. Gaetz, and the extent of his criminal exposure is unclear.

Mr. Gaetz said in an interview that his lawyers had been in touch with the Justice Department and that they were told he was the subject, not the target, of an investigation. “I only know that it has to do with women,” Mr. Gaetz said. “I have a suspicion that someone is trying to recategorize my generosity to ex-girlfriends as something more untoward.”