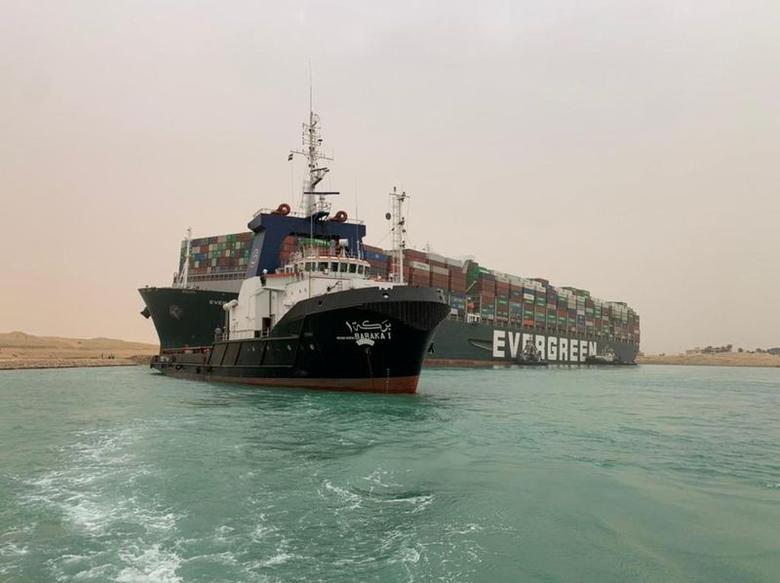 A 1,300-foot, 220,000-ton container ship that has been blocking traffic in the Suez Canal for nearly a week is finally free and once again underway, onboard tracking sites and livestreamed video from the scene indicate.

Monday afternoon local time, as horns blared in apparent celebration for having freed the grounded ship, the Ever Given was seen slowly making its way in the canal. Marinetraffic.com showed the vessel pointed north for the first time since last Tuesday, when in high winds and low visibility it became cross-ways in the canal and ran aground, shutting down all ship traffic in the vital waterway.

“She’s free,” an official involved in the salvage operation said, according to Reuters.

The giant Ever Given is among the largest container ships currently in operation — at roughly twice as long as the canal is wide.

Osama Rabie, chairman of the Suez Canal Authority, announced early Monday that the stern of the Ever Given container ship had been moved about 335 feet from shore; it had been only a few yards from land.

Despite a flotilla of tugboats and dredgers, two separate attempts to refloat the vessel over the weekend failed, according to shipping authorities.