USA Today’s former ‘race and inclusion editor’, Hemal Jhaveri, claims she is the victim after she was fired for saying the Syrian-born Boulder gunman was an ‘angry white man’ before he was identified 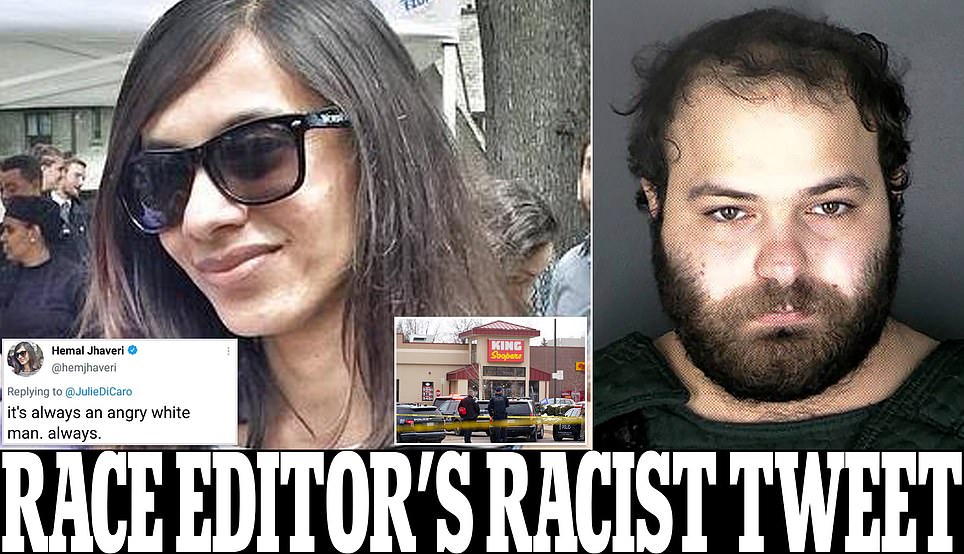 USA Today has fired its ‘race and inclusion’ editor for a tweet incorrectly blaming Monday’s deadly Boulder shooting on ‘an angry white man’. In the immediate aftermath of the shooting in Colorado, which claimed ten lives, Hemal Jhaveri tweeted: ‘It’s always and angry white man, always’. She had been agreeing to a tweet from Deadspin writer Emily Julia DiCaro who had posted : ‘Extremely tired of people’s lives depending on whether a white man with an AR-15 is having a good day or not.’ Jhaveri hastily deleted her tweet when police revealed the shooter was actually Syrian-born Ahmad Al Aliwi Alissa. Alissa, 21, had surrendered to law enforcement officials at the crime scene after he was wounded in an exchange of gunfire with police at the King Soopers grocery store. Ten people were killed in the rampage, including a police officer. It was the second mass shooting in less than a week in the United States, after a gunman fatally shot eight people at three Atlanta-area day spas on March 16. But Jhaveri’s 8,000-plus followers were quick to accuse her of racism, and USA Today management quickly axed her, she said Friday. ‘I am no longer employed at USA TODAY, a company that was my work home for almost eight years,’ Jhaveri wrote on Medium.