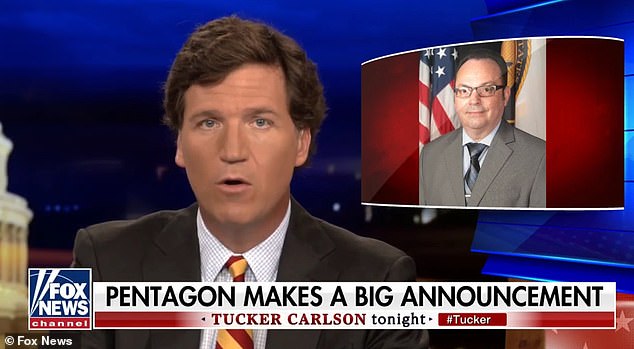 Tucker Carlson has lashed out at The Pentagon claiming it has been overtaken by ‘woke’ military officials who are more concerned with identity politics than they are with protecting the safety of the American people.

In the opening monologue of his Fox News show Friday, the conservative pundit claimed that a new ‘diversity and inclusion plan’ published by the Special Operations Command is evidence that the military has become preoccupied with gender, race, and sexuality.

‘If you’re wondering whether our military leadership has gone woke, consider that question settled for good. The Pentagon is now the Yale faculty lounge, but with cruise missiles,’ Carlson tartly stated.

He implied that the strategic plan appeared likely to prioritize women, people of color and those from the LGBTQ community, even if they were not the most qualified.

‘The one thing we know about that plan is it will result in the dramatic lowering of standards within our elite ranks. It probably already has. How will that make America safer? The generals never said.’