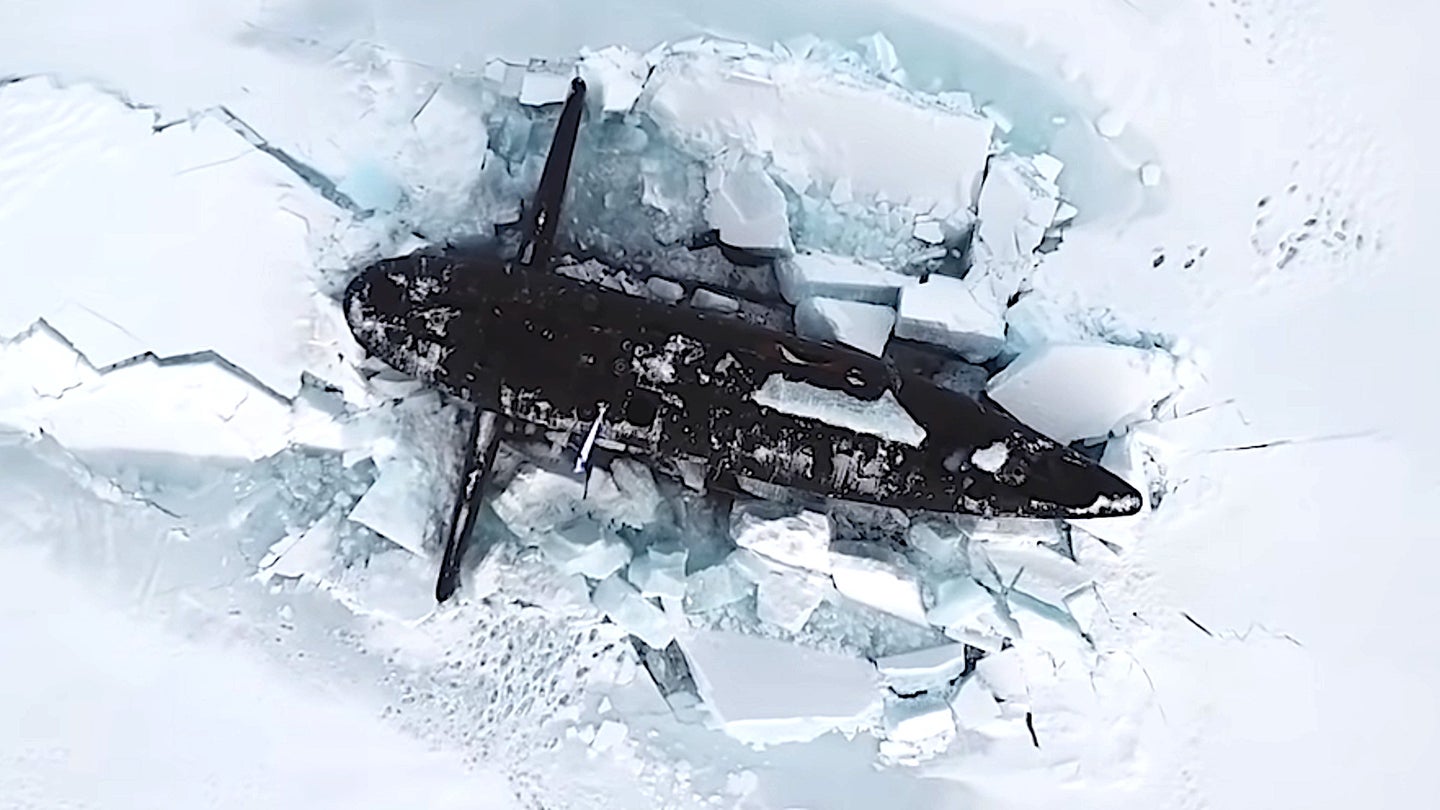 Three Russian ballistic missile submarines surfaced next to each other from beneath the ice near the North Pole as part of a recent major Arctic exercise. The head of the country’s Navy said that event was a first for his service. It also underscores the growing geopolitical competition in this highly strategic region.

On March 26, 2021, the Russian Ministry of Defense released details, as well as imagery, about the submarine activity that has been a part of the Umka-2021 drills. So far, the Kremlin has not officially confirmed what submarines are taking part in the exercise, which began on March 20, and has also seen an unspecified nuclear submarine fire a torpedo underneath the Arctic ice.

However, official video footage, seen in full later in this story, shows what appears to be at least two sails belonging to Delta IV class submarines, also known as Project 667BDRM Delfins. It’s possible that the third boat could be either a member of the Borei class, or the lone Borei-A class submarine presently in service, the Knyaz Vladimir. The Borei and Borei-A designs are Russia’s most advanced ballistic missile submarines. Both of these types can be loaded with up to 16 RSM-56 Bulava submarine-launched ballistic missiles, each one of which can be armed with between 6 and 10 Multiple Independent Reentry Vehicles (MIRV), depending on the type of nuclear warhead. The Delta IVs can be armed with up to 16 R-29RMU Sineva submarine-launched ballistic missiles, themselves capable of each carrying either 4 or 10 MIRVs, again depending on the warhead type.