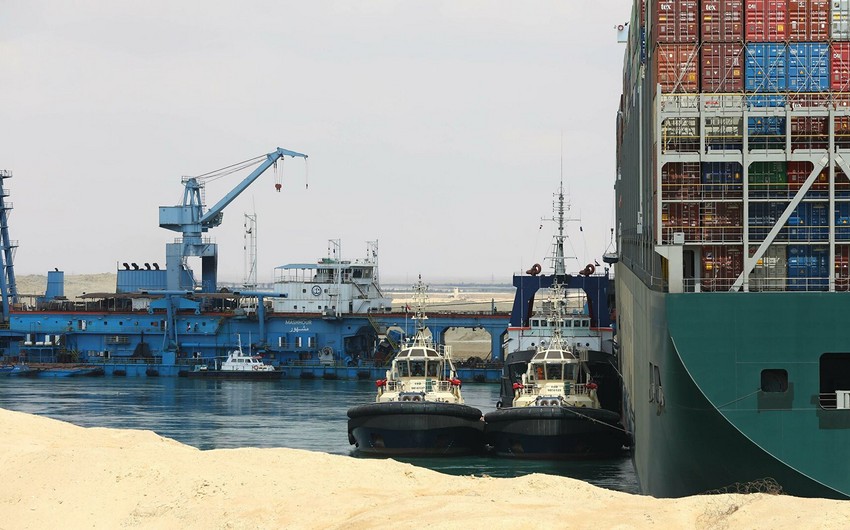 Efforts to dislodge a giant container ship blocking the Suez Canal had allowed its stern and rudder to move on Saturday, but it remained unclear when it could be refloated, the head of the canal authority said.
The 400-meter (430-yard) long Ever Given became wedged diagonally across a southern section of the canal amid high winds early on Tuesday, disrupting global shipping by blocking one of the world’s busiest waterways.

About 15% of world shipping traffic transits the canal, and hundreds of vessels are waiting to pass through the waterway once the blockage has been cleared.
Suez Canal Authority (SCA) Chairman Osama Rabie said he hoped it would not be necessary to resort to removing some of the 18,300 containers from the ship to lighten its load, but that strong tides and winds were complicating efforts to free it.
Friday attempts to dislodge the tanker started earlier on Friday after dredging operations to remove 20,000 cubic meters of sand at the tanker’s bow.
If these efforts fail, the US Navy is willing to send help should Cairo seek it.
While the name painted on the side of the tanker is Ever Green, its name is Ever Given. As the dramatic blockage of the famous canal took place days before Passover, some Jewish social media figures offered jokes connecting the incident with the biblical story.