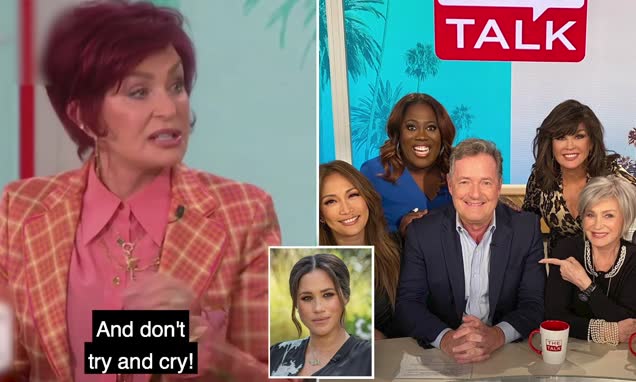 Sharon Osbourne has left The Talk following a dispute over her defense of Piers Morgan’s criticism of Meghan Markle, CBS confirmed in a statement on Friday. ‘Sharon Osbourne has decided to leave The Talk,” CBS said in a statement. “The events of the March 10 broadcast were upsetting to everyone involved, including the audience watching at home. As part of our review, we concluded that Sharon’s behavior toward her co-hosts during the March 10 episode did not align with our values for a respectful workplace. We also did not find any evidence that CBS executives orchestrated the discussion or blindsided any of the hosts.’