Here We Go: Transgender woman accuses TSA of being ‘transphobic’ while detailing the ‘horror’ she faced at airport security, saying she has an ‘anomaly’ between her legs that ‘sets off the alarm’ 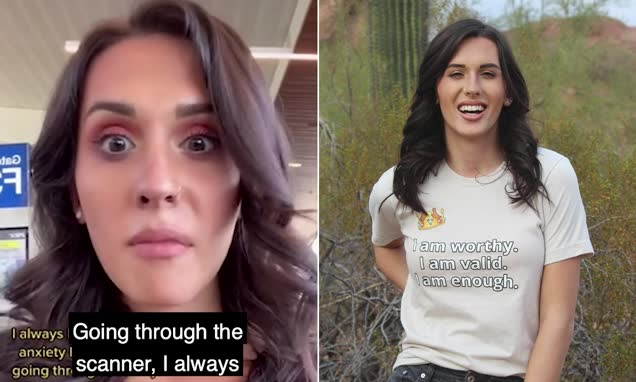 Rosalynne Montoya, who uses the pronouns she/her or they/them, was flying from Phoenix to Los Angeles when she was stopped at TSA security. The Arizona resident said the scanner detected an ‘anomaly’ between her legs. When a traveler enters the scanner, a TSA officer presses a button designating a gender, either male or female, based on the traveler’s appearance. The system doesn’t account for transgender people, which makes traveling incredibly difficult for members of the trans community. Montoya told the TSA officer she was trans and offered to be pat down, but she was asked if she wanted to go through the male scanner instead. She said she didn’t want to, but she agreed, and her breasts set off the alarm. The TSA officer then asked if she wanted to be pat down as a man. Montoya said she felt misgendered and disrespected, insisting that ‘TSA needs to remove the gender settings from their scanners.’