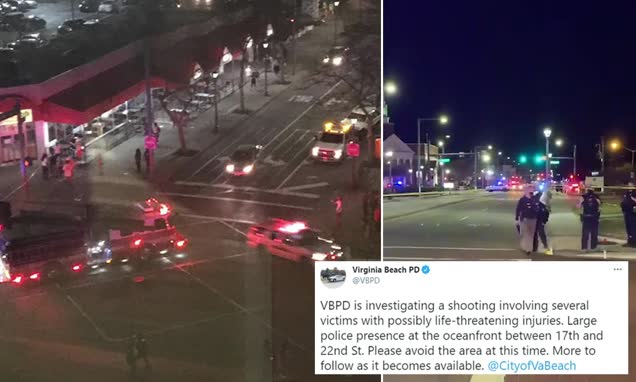 Multiple people have been shot and wounded and at least two are dead after a chaotic night in Virginia Beach. Virginia Beach Police Chief Paul Neudigate said that the incidents unfolded over multiple crime scenes, and police were working to determine whether and how the events were connected. In one incident at 20th and Atlantic Avenue, eight people were shot and injured, and the shooter was killed by police one block west of the scene, Neudigate told WVEC-TV reporter Ali Weatherton.