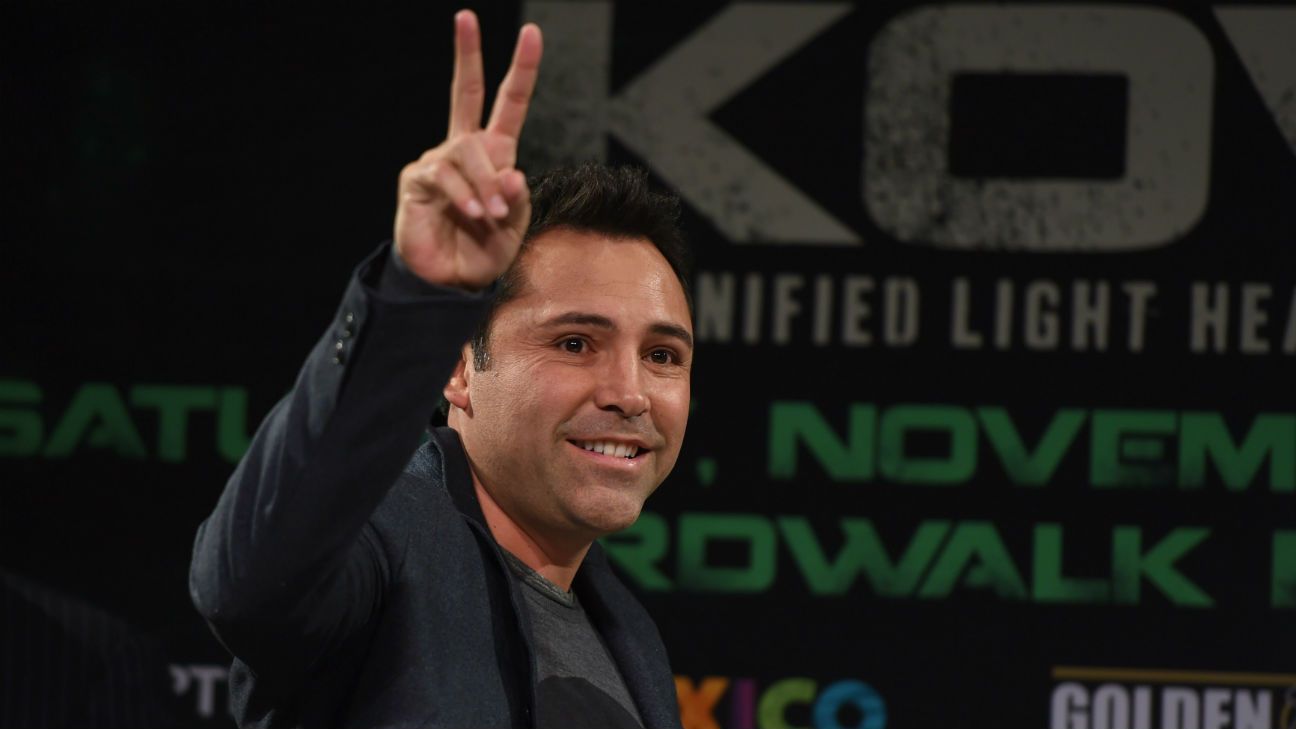 Boxing legend Oscar De La Hoya announced Friday that he has a date in mind for his previously stated plan to return to the ring.

At a news conference for the upstart promoter Triller Fight Club, De La Hoya took the stage alongside Snoop Dogg at the Venetian and suddenly announced that he would be making his boxing comeback July 3.

De La Hoya, 48, said last August that he would be coming out of retirement, but now there is a date for his return. And he will be promoted by the new fight promotion launched by Triller, the social media app.

Ryan Kavanaugh, the CEO of Triller parent company Proxima Media, told ESPN that he and De La Hoya are “dear friends” and the two have been discussing his return for “a long time.” Kavanaugh said the card will take place in Texas — possibly AT&T Stadium — and the promotion is targeting a “big” UFC name for De La Hoya’s opponent.