The Eight Hour Protest: Democratic Senators Back Away from Boycott of White Nominees 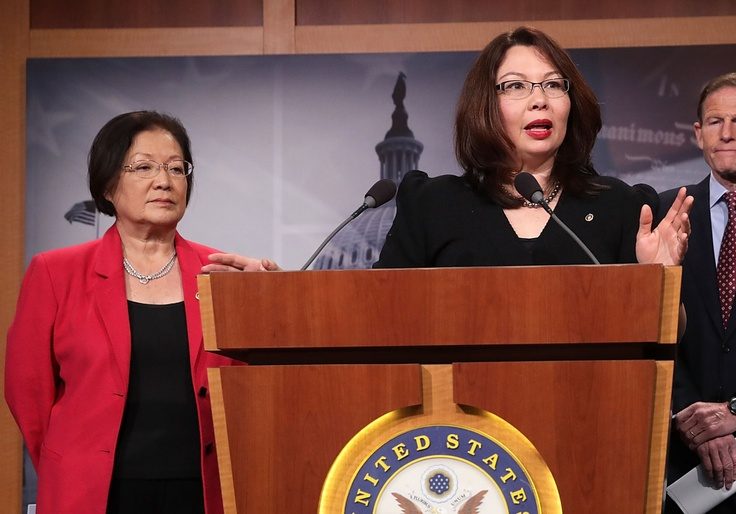 Two Democratic senators backed down from their threats to block all future Biden administration non-minority nominees after just eight hours late Tuesday night, saying the White House had satisfied their demands about a lack of Asian-American diversity in President Joe Biden’s cabinet.

The reversal came after Sens. Tammy Duckworth (D., Ill.) and Mazie Hirono (D., Hawaii) faced harsh criticism from both the left and the right, and after Biden appeared to push back against their concerns, telling reporters that he had “the most diverse cabinet in history. We have a lot of Asian Americans who are in the cabinet and sub-cabinet levels. Our cabinet is formed.”

Duckworth and Hirono threatened to shoot down all non-minority nominees until Biden took steps to put more Asian Americans and Pacific Islanders in high level positions on Tuesday afternoon. The senators announced that they would specifically vote against Colin Kahl, the nominee for undersecretary of defense for policy, if his nomination went to the Senate floor—a threat that seemed designed to spur urgency in the White House, ahead of Kahl’s confirmation vote in the Senate Armed Services Committee on Wednesday.

But just hours later, late Tuesday night, the senators said they were lifting the boycott due to the White House’s “assurances that it will do much more to elevate AAPI voices and perspectives at the highest levels of government,” said Duckworth in a statement to NBC News.