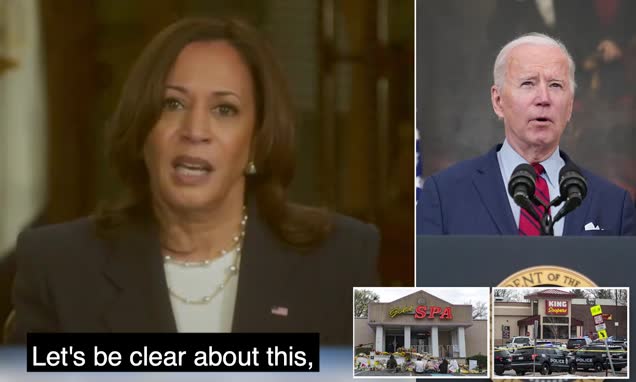 Kamala Harris wouldn’t say Wednesday if the Atlanta shooting that killed six Asian American women was a ‘hate crime’ as she suggested President Joe Biden is hesitant to take executive action on gun control. The vice president said the White House prefers if Congress would act in a more ‘permanent’ capacity after two mass shootings rocked the nation in the matter of a week. ‘We should first expect the United States Congress to act,’ Harris told CBS ‘This Morning’ during a live, but remote, interview Wednesday morning when asked if Biden is prepared to take executive action.