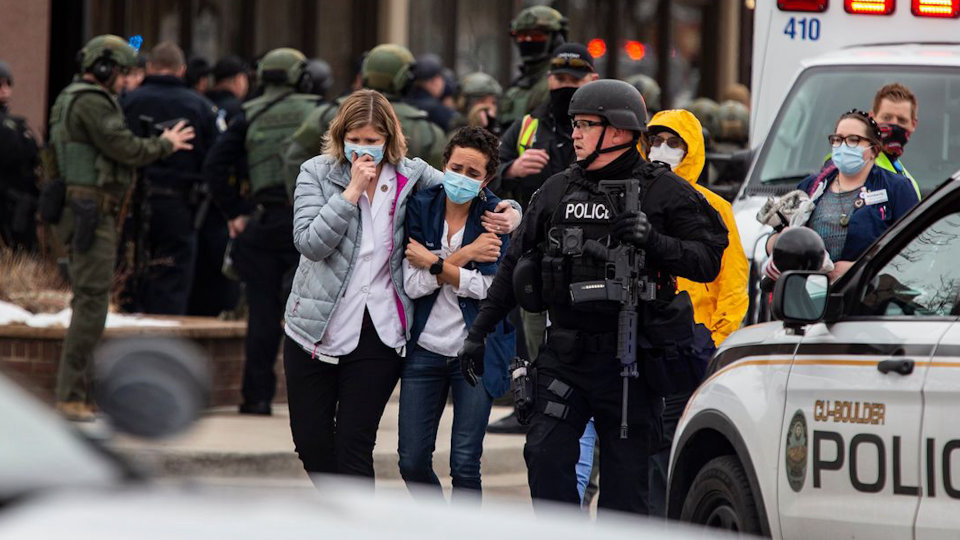 A gunman killed 10 people, including a police officer, Monday afternoon at a supermarket in Boulder, Colo., authorities said.

The suspect is in custody, police said at a press briefing Monday evening outside the King Soopers grocery store where the mass shooting took place at about 2:30 p.m. local time. They didn’t provide the suspect’s name or a possible motive.

The suspected gunman used an AR-style rifle in the attack, law-enforcement officials briefed on the investigation said.

Witnesses told local television stations that a man suddenly opened fire, sending shoppers into a panic as they tried to get out of the store.

Multiple people called police from inside the store where they had barricaded themselves, according to radio traffic from Boulder police that was captured by Broadcastify. At least one caller told 911 dispatchers that the shooter appeared to be wearing an armored vest.