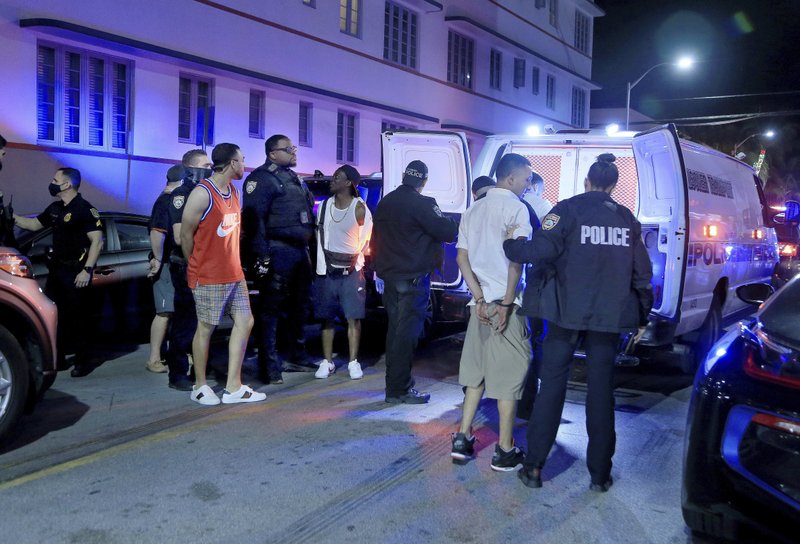 FORT LAUDERDALE, Fla. (AP) — Pointing to over 1,000 arrests in one of the nation’s top party spots, Miami Beach officials warned Sunday that the unruly spring break crowd gathering by the thousands, fighting in the streets, destroying restaurant property and refusing to wear masks has become a serious threat to public safety.

During a last-minute meeting Sunday, city officials voted to extend a highly unusual 8 p.m. curfew for another week along famed South Beach, with the possibility of extending it well into April if needed, and stressed this isn’t the typical spring break crowd. They said it’s not college students, but adults looking to let loose in one of the few states fully open during the pandemic.

Law enforcement officers from at least four other agencies, along with SWAT teams, were added to help contain the raucous crowds, but it wasn’t enough. After days of partying, including several confrontations with police, Miami Beach officials enacted a highly unorthodox curfew Saturday from 8 p.m. until 6 a.m., forcing restaurants to stop outdoor seating entirely during the three-day emergency period, and encouraging local businesses to voluntarily shut down.

More than half of the more than 1,000 arrests were from out of state, said City Manager Raul Aguila, adding many are coming “to engage in lawlessness and an ‘anything goes’ party attitude.” He also noted that the crowds weren’t eating at restaurants or patronizing businesses generating badly needed tourism dollars, but merely congregating by the thousands in the street.