THERMAL, Calif. (RNS) — As Luz Gallegos hosted a workshop Thursday (March 18) informing agricultural workers about the COVID-19 vaccine, she held up two photos — one of her late uncle, a missionary Catholic priest, and the other of the Rev. Francisco Valdovinos, a beloved local pastor many knew personally. Both men died of COVID-19.

These workshops aim to not only combat vaccine inequities, but also potential misinformation and mistrust among the immigrant community about the shot. In talking about her uncle, Jose Luis Gonzalez, Gallegos wanted to highlight how the virus has impacted her own family, and by naming Valdovinos, she knew she’d be reaching the masses.

“Maybe we don’t have a family member or friend (who passed from COVID-19), but we all know our priest,” said Gallegos, executive director of TODEC Legal Center, an immigrant rights organization. “As soon as COVID struck, he started organizing out of his church.”

Valdovinos’ passing has helped ignite a consciousness around public health and COVID-19 prevention among farmworkers and other residents across Southern California’s Inland Empire region and the eastern Coachella Valley.

The life and death of Valdovinos — who belonged to the Missionary Servants of the Most Holy Trinity — also highlights the important role faith leaders and churches fill as trusted messengers in their communities. Their roles are especially important during a pandemic that has disproportionately affected communities of color.

After Valdovinos’ death, the sentiment has been, “we should honor him by continuing COVID prevention because he was very committed to these campaigns,” Gallegos said.

“He gave his life for his people,” Gallegos said. 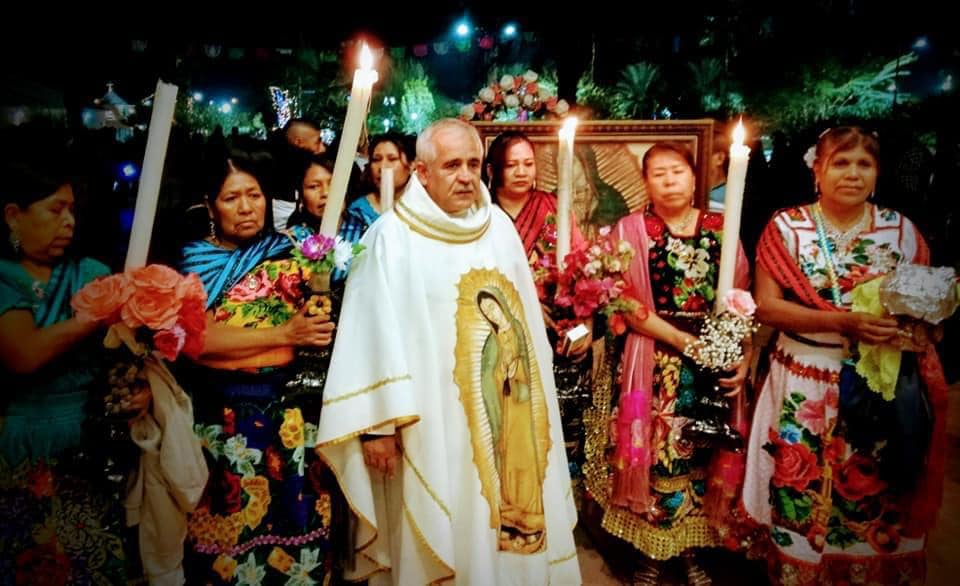 The Rev. Francisco Valdovinos died from complications due to COVID-19 in Jan. 2021. Photo courtesy of Trinity Missions

Valdovinos served at Our Lady of Guadalupe Catholic Church in Mecca for just two years, but, as Assemblyman Eduardo Garcia noted in late January when he adjourned the state assembly floor in Valdovinos’ honor, the priest had “a unique ability” to connect with people and understand their needs “beyond the spiritual.”

Throughout 2020, Valdovinos’ church “mobilized as an essential service site offering pandemic relief to residents,” Garcia said. Valdovinos distributed food and face masks. He also disseminated information. Through Spanish-language radio, Valdovinos urged farmworkers to get tested for COVID-19 and to receive the vaccine when it became available. Valdovinos was known to financially help families struggling to pay their rent and utility bills. COVID-19 testing has also been held at the church.

As one local organizer told the Desert Sun, “He was brave. He didn’t lock himself in the church and just hold virtual Masses.”

But even before the pandemic, Valdovinos established his presence by uplifting initiatives for immigrants and advancing educational opportunities for residents. When word spread in December that Valdovinos was ill, people posted daily prayers for the priest on Facebook. They called him a “brother” and “friend” and referred to him as a “therapist” to all. His Catholic order confirmed his death Jan. 17. He was 58.

“You leave a great legacy of service and dedication, not only to God, but to social justice … You’ve raised much consciousness of what still needs to be done,” Garcia said as he closed his remarks on the assembly floor. “Many will follow in your footsteps.”

For Veronica Ruiz, an agricultural worker who has already been fully vaccinated, Valdovinos’ passing shook her.

“He did so much for the community, and suddenly they gave us the news he was hospitalized and that he was very sick with COVID,” Ruiz said Thursday at the vaccine workshop. “He always told us, ‘let’s take care of ourselves.’”

She thought back to Valdovinos’ last days.

“We couldn’t see him in person,” she said. “We don’t want to get to that point, neither we nor our families.” 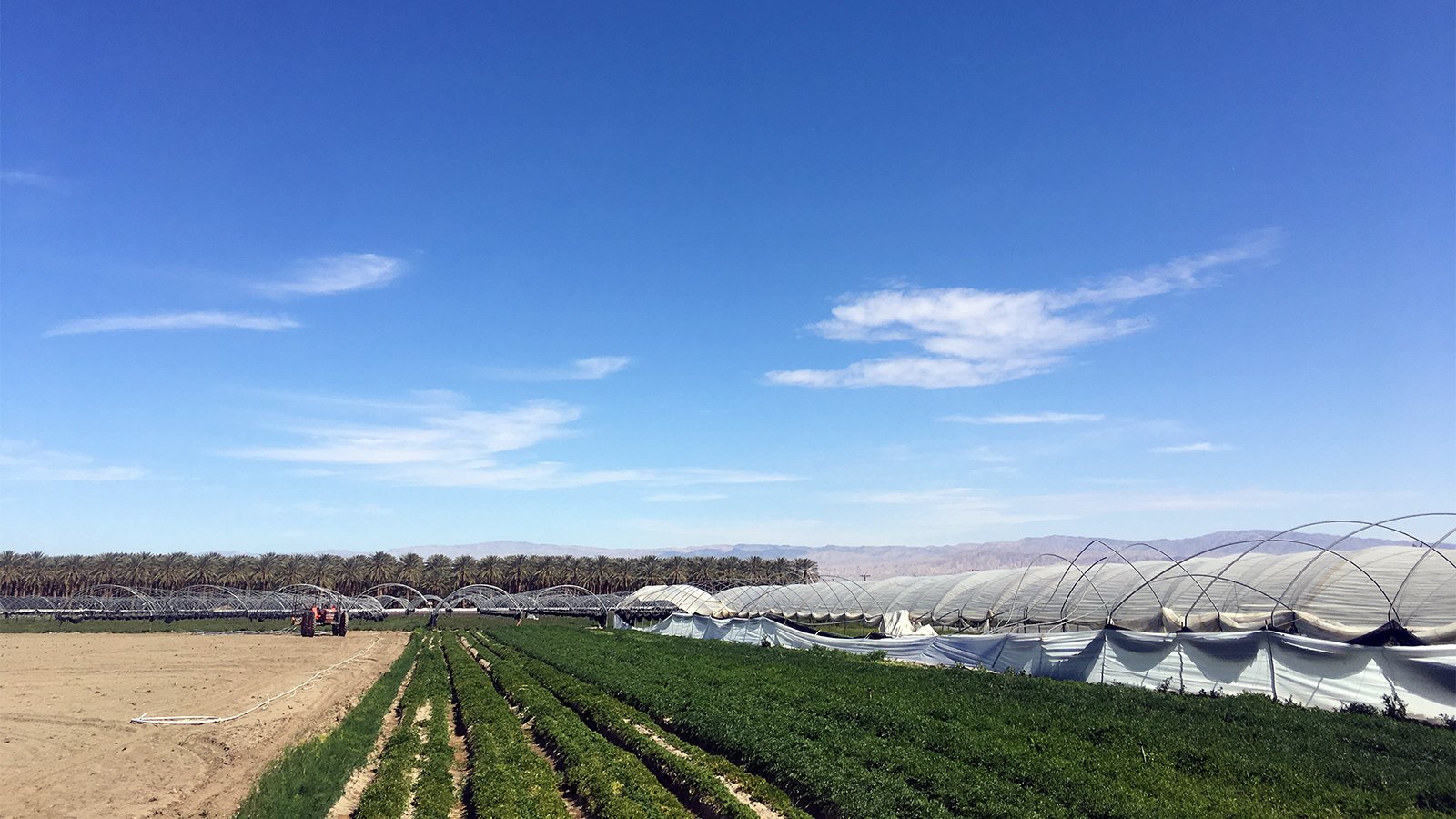 Jose Arballo, a spokesman for the County of Riverside Department of Public Health, said the county started engaging in vaccine conversations with agricultural workers long before the medicine became available.

To work with targeted populations like agricultural workers, Arballo said it’s been crucial for the county to work with other institutions like TODEC Legal Center and churches in rural areas. Vaccine information clinics are held in partnership with the county, grower sites and TODEC. Local faith leaders have helped with messaging through their sermons and outreach events.

By late January, more than 300 agricultural workers were already vaccinated at Tudor Ranch in Mecca. County officials believe it was the first large vaccination event for farmworkers in California.

Arballo said these partnerships have been crucial as they have sought to counter false information about the vaccine, which some have believed carries tracking chips that would make it easier for immigration officials to find them.

The church, Arballo said, has “helped us alleviate those fears.”

To the Rev. Francisco Gomez, who took over as acting pastor of Our Lady of Guadalupe Catholic Church, the death of Valdovinos highlighted “the reality of the pandemic.”

“Because he was so beloved by the community, many people have recognized that they have a debt to father Valdovinos,” said Gomez, who belongs to the Missionary Servants of the Most Holy Trinity.

Valdovinos was among a number of seminarians Gomez assigned to a cancer ward in Mexico City to learn “what it meant to accompany those who suffer at the side of those who were ill,” Gomez said.

Before making his way to Mecca, Valdovinos also served in Tallahassee, Florida, where his ministry centered on the area’s immigrants working the tomato fields, and in Compton in Southern California, where he worked with immigrant and working-class families.

To Gomez, Valdovinos’ death offers the community a chance to transition into something different.

“In our faith traditions, we talk about going from death to life. This new life we speak about is radically different. The death of Francisco was so profound that the life that is now beginning to blossom is filled with hope.” 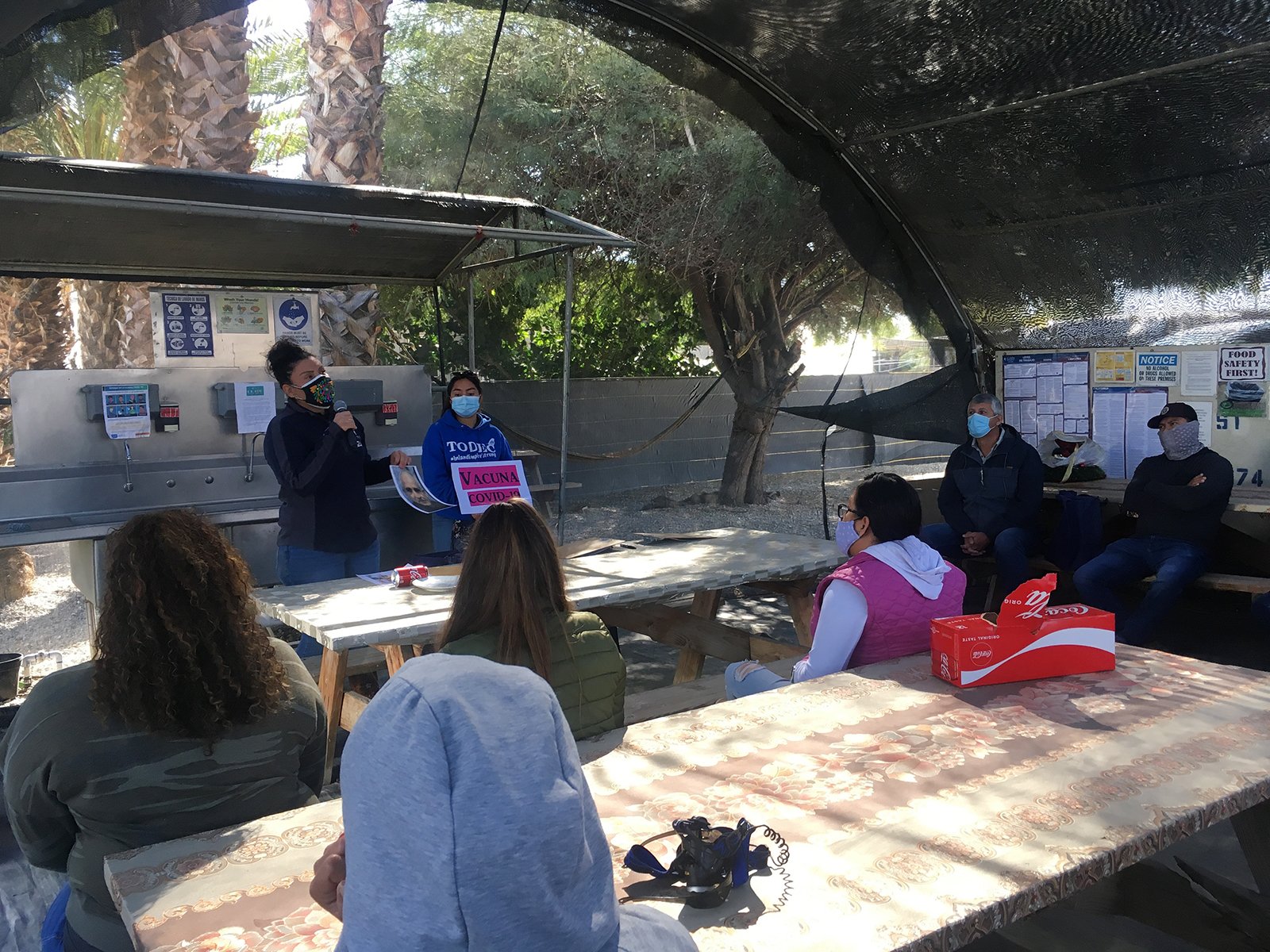 Luz Gallegos, top left, executive director of TODEC Legal Center, holds a photo of the late Francisco Valdovinos, who was priest for Our Lady of Guadalupe Catholic Church, during a vaccine information workshop for agricultural workers, Thursday, March 18, 2021, in Thermal, California. RNS photo by Alejandra Molina