LeBron James ‘out of NBA indefinitely’ after he sprained ankle 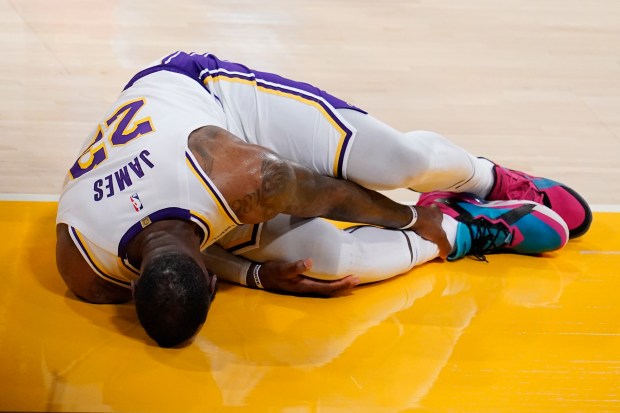 LEBRON James will be out indefinitely after suffering a high ankle sprain, the Los Angeles Lakers announced on Saturday.

James, 36, suffered the injury during Saturday’s game against the Atlanta Hawks and reportedly shouted in an uncharacteristic show of pain.

The Hawks’ Soloman Hill fell on James’ ankle while trying to steal the ball, which left the 18-year NBA veteran howling in pain on the court.

On his way to the locker room, James knocked a chair over in frustration, ESPN reported.

He was reportedly given X-rays and an MRI on his right ankle after the game.

“I haven’t necessarily seen him scream and scowl like that probably ever,” teammate Kyle Kuzma told ESPN of the injury.