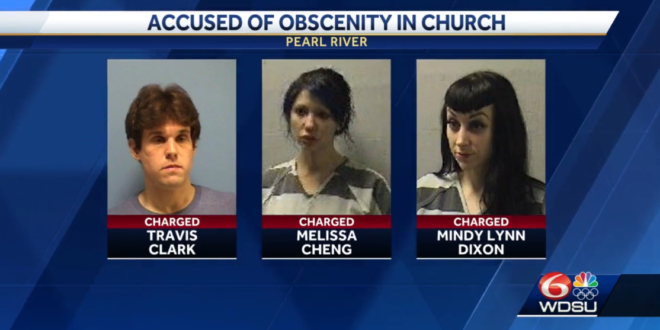 A New Orleans priest who was caught having sex with two dominatrices on a church altar has been hit with an institutionalized vandalism charge, The New Orleans Advocate reports. Travis John Clark, the then-pastor of Saints Peter and Paul Catholic Church, was seen by a neighborhood member last fall with two women wearing corsets, later identified as Mindy Lynn Dixon and Melissa Kamon Cheng. The throuple was spotted in the church with the lights on, and originally faced obscenity charges, though the DA decided not to pursue those charges. Prosecutors say the group caused between $50 and $50,000 worth of damage to the church during their September 2020 romp. The three are set to begin their trial next week, and if convicted of the felony charge they could be sentenced to up to two years in prison. “Just because you don’t like something, doesn’t make it criminal,” said attorney Bradley Phillips, who represents the two women. “My clients look forward to their day in court as we continue to fight this baseless allegation.”

Read it at nola.com>