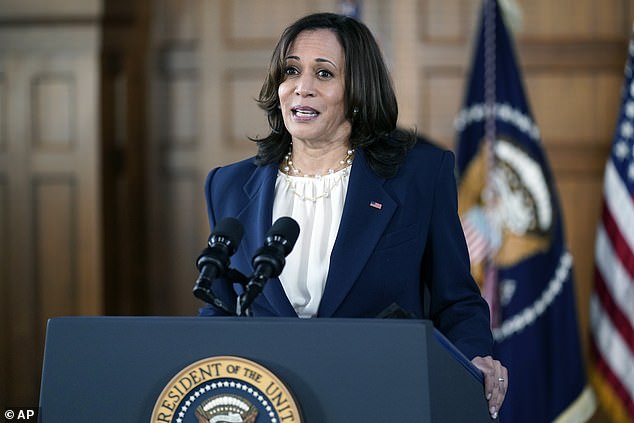 Sean Hannity accused the White House of hypocrisy Friday after a report that Biden administration staffers had been fired after disclosing they had smoked marijuana – after Vice President Kamala Harris has admitted using pot herself.

Several young staffers are out of a job and dozens were suspended for admitting to marijuana use, despite being told it would be overlooked by the administration, according to The Daily Beast.

Hannity slammed the administration for the apparent about-face on his Friday show.

‘My position is, don’t tell people to be honest and then not keep your word that there could be no consequences for being honest.’

‘Just as a side note, if you’re one of the people that applied, you might want to know Kamala Harris herself did admit to The Breakfast Club in 2019 in an interview, yeah, that she herself smoked weed.’

Recreational marijuana use – which is illegal federally – has been fully legalized in a number of states, including Alaska, Arizona, California, Colorado, Illinois, Maine, Massachusetts, Michigan, Montana, Nevada, New Jersey, Oregon, Vermont and Washington state, as well as Washington D.C.

NBC News reported in February the White House would have new guidelines after it identified recreational marijuana use was a hurdle for young people who applied to work there.

It wasn’t clear what had changed since the report of the new more lax guidelines the White House promised – and the more recent firings.