Priest who presided over Biden inauguration Mass under investigation 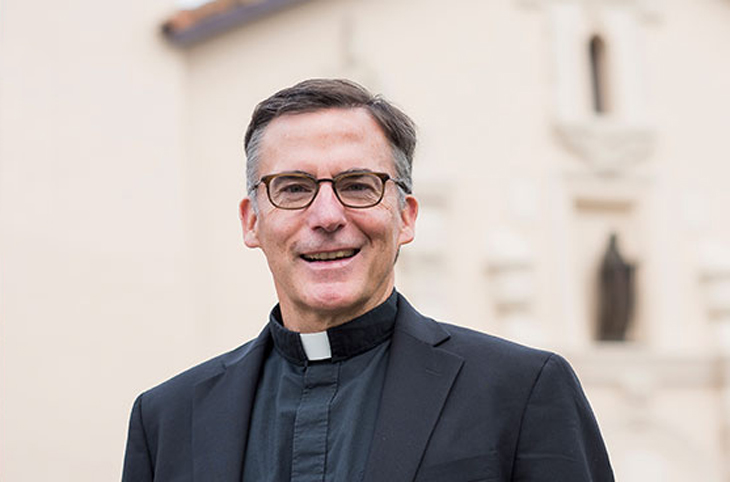 A priest who presided over an inaugural Mass for President Biden in January is under investigation for inappropriate behavior.

Santa Clara University said in a statement on Monday that an independent investigation is being conducted into the school’s president, Father Kevin O’Brien.

John Sobrato, chairman of Santa Clara University’s Board of Trustees, said the school was informed by the Provincial of the USA West Province that it received accounts that O’Brien “exhibited behaviors in adult settings, consisting primarily of conversations, which may be inconsistent with established Jesuit protocols and boundaries.”

O’Brien was placed on leave as university president pending the outcome of the investigation by USA West Province. He has agreed to cooperate with the investigation and “honor the process that he affirms annually as part of his ongoing Jesuit training,” Sobrato said.

O’Brien presided over a Mass for Biden, Vice President Harris, their extended families and congressional leaders at Biden’s inauguration. The Mass was held at the Cathedral of St. Matthew the Apostle in Washington, D.C.

The university’s statement said O’Brien has been a friend of Biden’s for nearly 15 years, and has previously held ceremonies at Biden’s previous inaugurations as vice president.

Sobrato’s statement said the allegations against O’Brien pertained to “behaviors in adult settings, consisting primarily of conversations, which may be inconsistent with established Jesuit protocols and boundaries.” He did not elaborate.

Tracey Primrose, a spokesperson for the Jesuits West Province, did not provide additional details in a statement to The Hill.

“Jesuits are held to a professional code of conduct, and the Province investigates allegations that may violate or compromise established boundaries,” Primrose said. “As with any organization, the Jesuits West Province has confidentiality practices, which is why I cannot provide any additional information regarding this matter.”