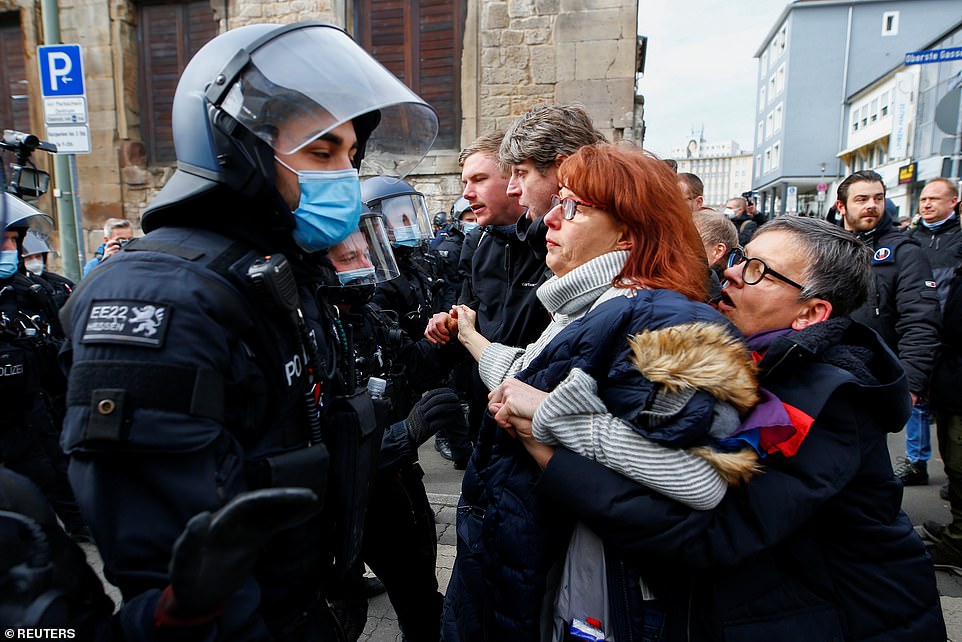 Protesters clashed with police in Germany and Croatia and some took to the streets in Switzerland on Saturday as new lockdowns were introduced in France, Poland and Ukraine to battle a third wave of coronavirus.

Police used pepper spray to disperse people protesting against coronavirus curbs in the German city of Kassel in one of the country’s largest such rallies so far this year.

The protest attracted between 15,000 and 20,000 demonstrators, a Kassel police spokesman told AFP, making it one of the largest such rallies so far this year.

Several groups, most of them far-right opponents of government’s regulations to fight the pandemic, had called for protests Saturday in cities across the country.

In Berlin, some 1,800 police officers were on standby for possible riots, but only a few dozen protesters assembled at the city’s landmark Brandenburg Gate.

In Switzerland, thousands of demonstrators descended on the small northern Swiss town of Liestal, while others gathered in Basel, to demand an end to measures that have shut restaurants and other venues for months.

In Zagreb, the Croatian capital, protesters also gathered to rail against coronavirus.

Meanwhile, in Paris, images showed eerily quiet streets as non-essential shops in the city were closed from Saturday for at least a month to try to grapple with rising infection rates.

In total, a third of France’s population woke up to new restrictions.

In Poland most shops will be shut for the next three weeks along with hotels and cinemas, with similar measures introduced in Ukraine’s capital Kiev.