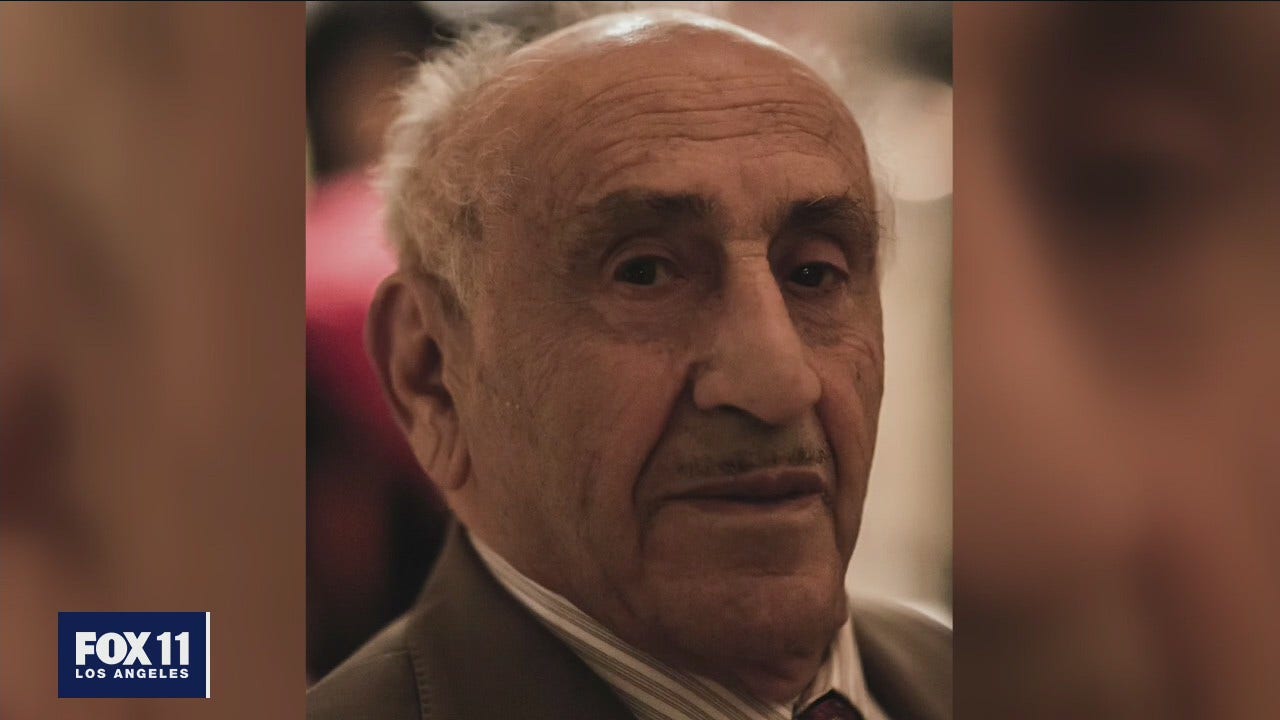 ENCINO, Calif. – A family is in shock after their 102-year-old grandfather was killed in their Encino home Thursday afternoon.

A suspect is in custody and officials believe the deadly attack was random… a great concern for many in the area.

Officers with the Los Angeles Police Department responded to a neighborhood on White Oak, just south of Ventura Blvd., around noon after receiving reports of an assault with a deadly weapon.

Police say 47-year-old Adam Dimmerman was armed with an axe and knife and attacked a person on the street. Police quickly arrested Dimmerman. The victim only suffered minor cuts to his arm.

However, about an hour later officers responded to a call for assistance at a nearby home. Once officers arrived to the home they located the body of an elderly man.

Police say the man was found dead inside his garage. He had numerous contusions and lacerations.

Family has identified him as 102-year-old Youssef Mahboubianfard; he was a World War II veteran who came to the US from Iran.

“The wife came in and then the grandchildren came in and tried to resuscitate him. They called 911, then they figured out he was hit in the head with an axe,” said the victim’s nephew Sam Shakib.