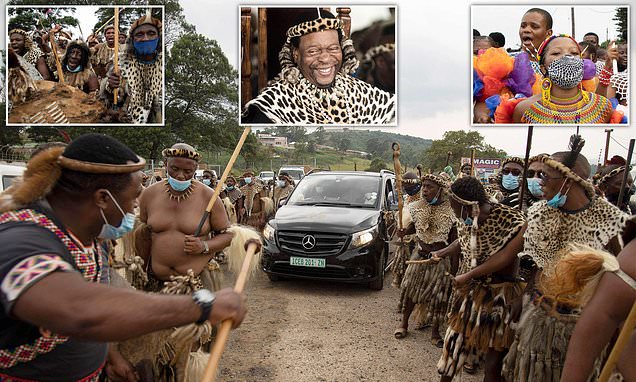 The King, 72, passed away in the early hours of Friday in the eastern city of Durban after taking a ‘turn for the worse’ following weeks of treatment for diabetes in hospital.

During his 49-year-long reign, the controversial figure revived festivals where bare-breasted young virgins danced in front of him. In 2003, he picked his sixth wife, then-18-year-old Zola Mafu of Swaziland, out of the crowd of young dancers.

And even after his death, topless women in elaborate necklaces and headbands danced and sang as they paraded to the mortuary where Zwelithini’s body is being kept.

His remains have been taken back to his birthplace, the small south-eastern town of Nongoma in Kwa-Zulu Natal province.