Dozens of new Dead Sea Scroll fragments bearing biblical text are discovered in Israeli cave having been hidden during a Jewish revolt against Rome 1,900 years ago 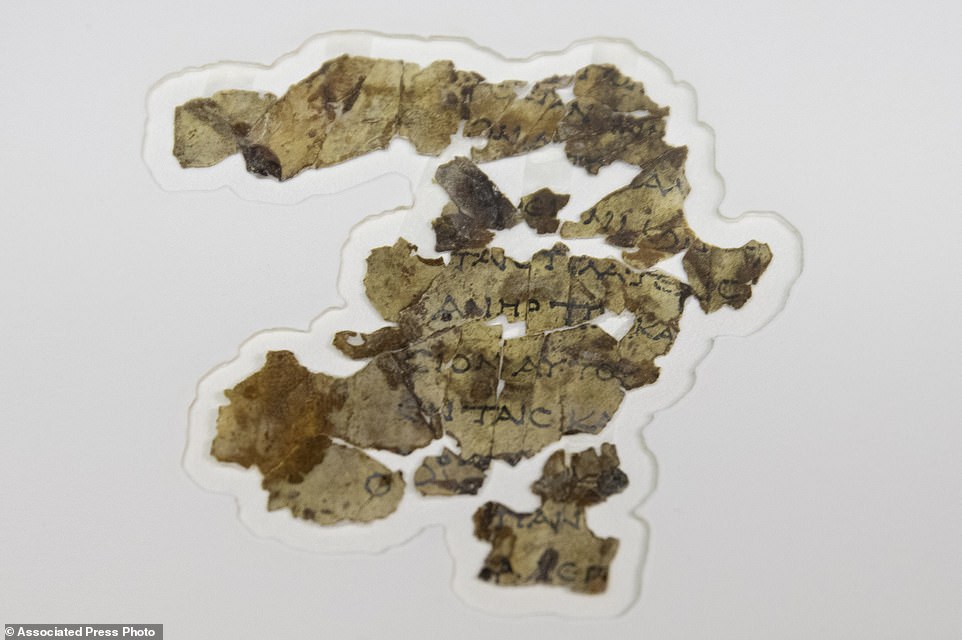 Dozens of new Dead Sea Scroll fragments thought to have been hidden during a Jewish revolt against Rome 1,900 years ago have been found in a cave.

The fragments include lines of Greek text from the biblical books of Zechariah and Nahum and were radiocarbon dated to the 2nd century AD, experts confirmed.

The Israel Antiquities Authority say more than 20 fragments were found in a remote canyon in the Judean Desert, south of Jerusalem – the first find of its kind in 60 years.

They were discovered in the Cave of Horror, named in the 1950s after 40 skeletons of women, men and children were found after excavations – they were hiding from Roman soldiers during the 2nd century Jewish Bar Kochba Revolt.

To get into the cave, which is well secluded from view and difficult to access, teams of archaeologists and other experts had to repel down the side of a 260ft cliff.

A number of items were found in the cave, including a 10,000 year old woven basket, the skeleton of a girl dating back 6,000 years and the biblical fragments.

They were discovered in clumps and rolled up within the cave – so far 11 lines of Greek text translated from the books of Zechariah and Nahum have been revealed.