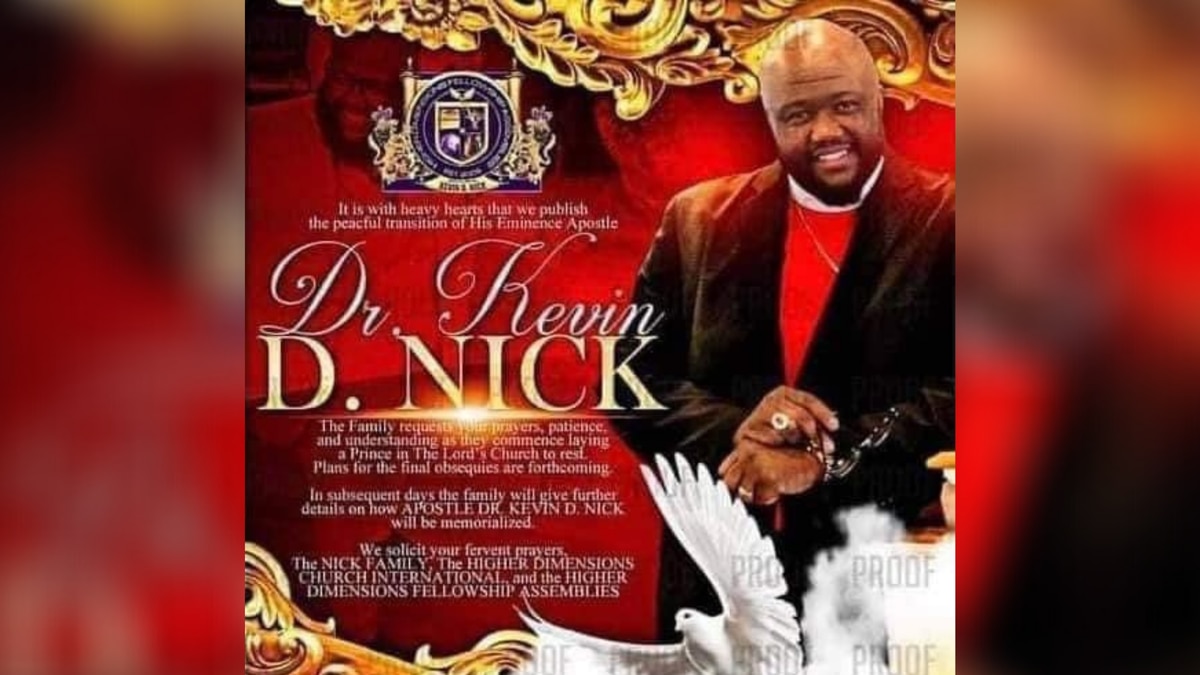 “Apostle Nick demonstrated a level of care and concern throughout his ministry,” Dupree wrote. “He was certainly a general in the Kingdom and will be greatly missing by all, whose life he so fervently touched.”

Arrangements for his funeral have not be made. Details about Nick’s cause of death have not been released.