How the West Lost the Coronavirus Plague Battle 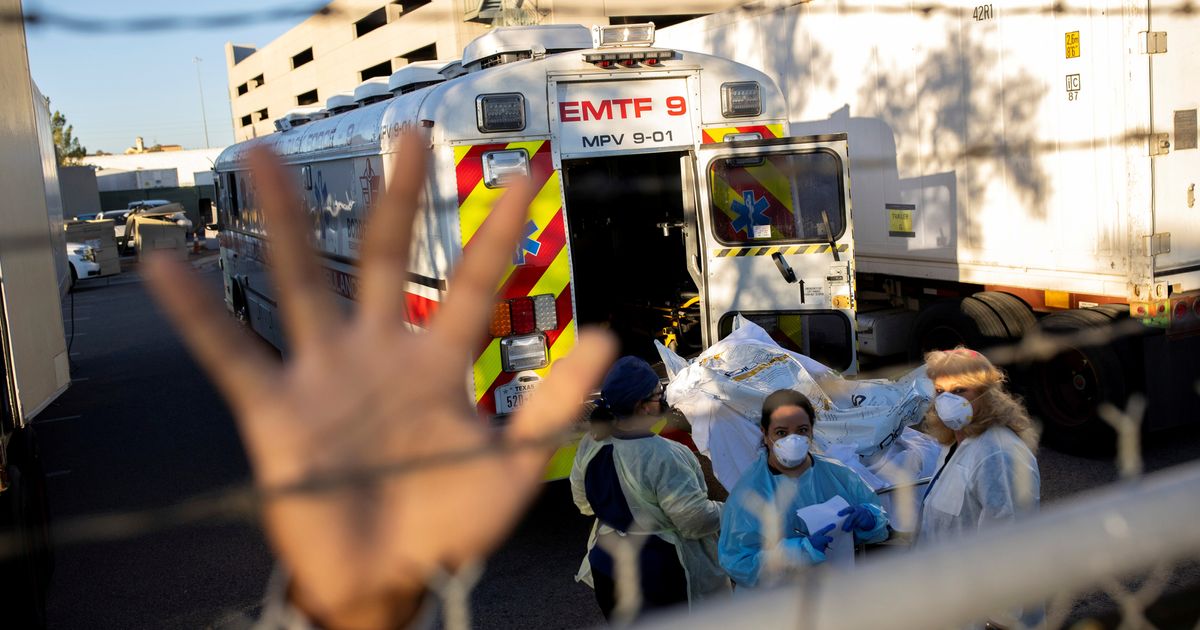 It is January 2021, and the Florida-born, Edinburgh-based professor of global public health is looking back on the pandemic year, marveling and despairing at opportunities lost. From early last winter, Sridhar has been among the most vocal critics of the shambolic U.K. response — urging categorically more pandemic vigilance, which she believed might have yielded a total triumph over the disease, a cause that has picked up the shorthand “Zero COVID.” “This is where I started,” Sridhar says. “An elimination approach to the virus. My mind never went, ‘Oh, we should treat this like flu.’ It started off with, like, ‘We treat it like SARS until I see evidence otherwise.’”

In 2003, SARS had been eliminated after only 8,000 infections; its biggest foothold outside Asia was in Canada, which reported just a few hundred suspected cases. With COVID, Sridhar says, “I was following the response in China. They went into lockdown. You saw New Zealand pivoting that way and then Australia after.” But not the U.K., where an erratic series of scientific advisories pushed the government first to embrace a target of herd immunity, then to backpedal, but not enough. Sridhar describes those advisories with retrospective horror, an inexplicable preemptive surrender by the public-health apparatus.

“Basically, going back to January, they’d be like, ‘China’s not going to control it; 80 percent of the population is going to get it; all efforts to contain it are going to fail; we have to learn to live with this virus; contact tracing and testing make no sense; this is going to be everywhere; right now we need to build up hospitals’ — which they didn’t even do. But they really didn’t think it was stoppable,” she says. “And then all of a sudden you started to see, in February, South Korea stopping it, Taiwan stopping it, and China stopping it. Then, in March, New Zealand. And then Australia. And then there’s this realization of, ‘Oh, wow. Actually, it is controllable.’”

At the beginning of March, South Korea was averaging more than 550 new daily confirmed cases, compared with just 53 in the U.K. At the end of the month, South Korea had 125; the U.K. was at 4,500 and climbing. “In the UK we have had nine weeks to listen, learn and prepare,” Sridhar wrote angrily in the Guardian, berating the British regime for failing to establish basic systems for supplies, testing, and contact tracing. “Countries such as Senegal were doing this in January,” she wrote. “We had a choice early on in the UK’s trajectory to go down the South Korean path,” but instead the country was at risk of sleepwalking from small failures into giant ones. “We must race to make up for the time lost during two months of passivity,” Sridhar concluded. Of course, the country didn’t, and now its death toll measures in the six figures. Sound familiar?

“I mean, the U.K. was consumed with Brexit,” Sridhar says now. “The U.S. had Trump. To them, this is something happening somewhere else across the world. And they just want to ignore it as long as they could.” As the pandemic progressed, both exhausted countries flipped from denial to capitulation, choosing to treat almost any caseload plateau as an opportunity to relax, no matter how high a level of ongoing spread it represented. “It was like, ‘We’re gonna have a great summer and holidays,’” she says, laughing ruefully. “Can you believe it? Last summer, I was up on panels with Tory politicians where they’re saying, ‘You’re safer flying to Greece or to Spain than being in the U.K. because they have lower rates than us.’ And they are 100 percent serious! It’s like it’s a basic human right, to have a holiday and go abroad, and we can’t possibly take it away. Everyone was saying elimination was impossible. You still hear it, right? ‘Impossible, it’s impossible.’ Which is kind of the choice that we’ve made here. Elimination is just too difficult.”

Sridhar is pointing her finger at British authorities, but in her diatribe you could comfortably substitute for the U.K. almost any nation in Europe. In its broad strokes, the picture has been the same in Belgium and France and Italy and the Czech Republic, too, in Portugal and Poland, Sweden and Switzerland and Spain, even Germany and the Netherlands, and dozens of other countries across the Continent. From the spring panic through the fall surge, pandemic policy differed nation to nation, but failure was general all across Europe. Aside from the three Nordic outliers of Finland, Norway, and Iceland, no European state has managed the coronavirus well by global standards — or by their own much higher ones.

For decades, the richest nations of the world had told themselves a story in which wealth and medical superiority offered, if not total immunity from disease, then certainly a guarantee against pandemics, regarded as a premodern residue of the underdeveloped world. That arrogance has made the coronavirus not just a staggering but an ironic plague. Invulnerability was a myth, of course, but what the pandemic revealed was much worse than just average levels of susceptibility and weakness. It was these countries that suffered most, died most, flailed most. Gave up most easily, too, acquiescing to so much more disease that they might have been fighting a different virus entirely. For nearly the entire year, the COVID epicenter was not in China, where the pathogen originated, or in corners of South Asia or sub-Saharan Africa, where limited state capacity and medical infrastructure seemed, at the outset, especially concerning, but either in Europe or the United States — places that were rated just one year ago the best prepared in the world to combat infectious disease.

This fact, though not unknown, is probably the most salient and profound feature of what has been a tremendously uneven pandemic with the world’s longtime “winners” becoming by far its biggest losers. The gold-standard responses were those in East Asia and Oceania, by countries like South Korea, New Zealand, and Australia — countries that saw clearly the gravest infection threat the world had encountered in a century and endeavored to simply eradicate it within their borders. Mostly, they succeeded. When it mattered most, no nation in what was once grandly called “the West” even really bothered to try.