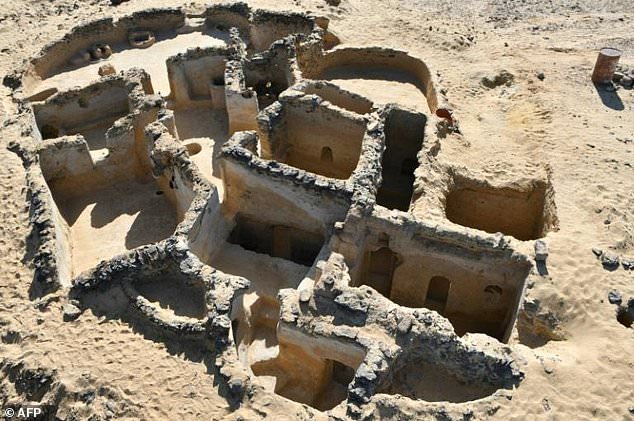 Archaeologists in Egypt have uncovered an ancient Christian monastery complete with three churches, monks’ cell and biblical graffiti dating back some 1,500 years.

The finds at the Tal Ganoub Qasr al-Agouz site in the Western Desert’s Bahariya Oasis shine a light on monastic life in the area in the fifth century AD, the team said.

The mission unearthed ‘several buildings made of basalt, others carved into the bedrock and some made of mud bricks,’ the Egyptian antiquities ministry said.

The complex is comprised of ‘six sectors containing the ruins of three churches and monks’ cells’, whose ‘walls bear graffiti and symbols with Coptic connotations’, said the ministry’s head of Islamic, Coptic and Jewish Antiquities, Osama Talaat.

Head of the joint French-Norwegian archaeological team Victor Ghica added that in the mission’s third excavation campaign last year they discovered ’19 structures and a church carved into the bedrock.’

The church walls, he added, were adorned with ‘religious inscriptions’ and biblical passages in Greek — revealing ‘the nature of monastic life in the region’.