Charges Are Coming for at Least 100 More Capitol Rioters, Feds Warn, Making the Investigation and Prosecution of the Capitol Attack One of the Largest in American History 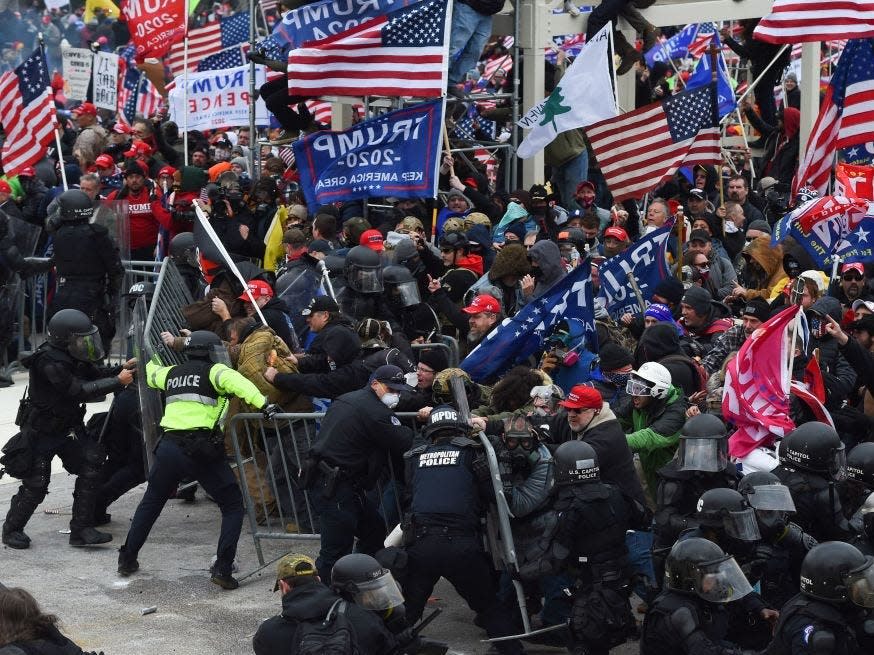 At least 100 more people are expected to be charged for their roles in the Jan. 6 storming of the U.S. Capitol, federal prosecutors revealed in a recent court filing. So far, more than 300 people have been charged in connection with the attack, with more than 900 search warrants being executed throughout the country. “The investigation and prosecution of the Capitol Attack will likely be one of the largest in American history, both in terms of the number of defendants prosecuted and the nature and volume of the evidence,” prosecutors said in the motion.

In the coming days, federal authorities will continue to investigate “conspiratorial activity” that occurred before and on the day of the insurrection. “Some of the conspiratorial activity being investigated, such as the activity under investigation in this matter, involves a large number of participants,” prosecutors said. Recent court filings have suggested that the feds are closing in on Oath Keeper founder Stewart Rhodes, who warned his supporters to be “prepared for violence” before the attack.

Read it at George Washington University>