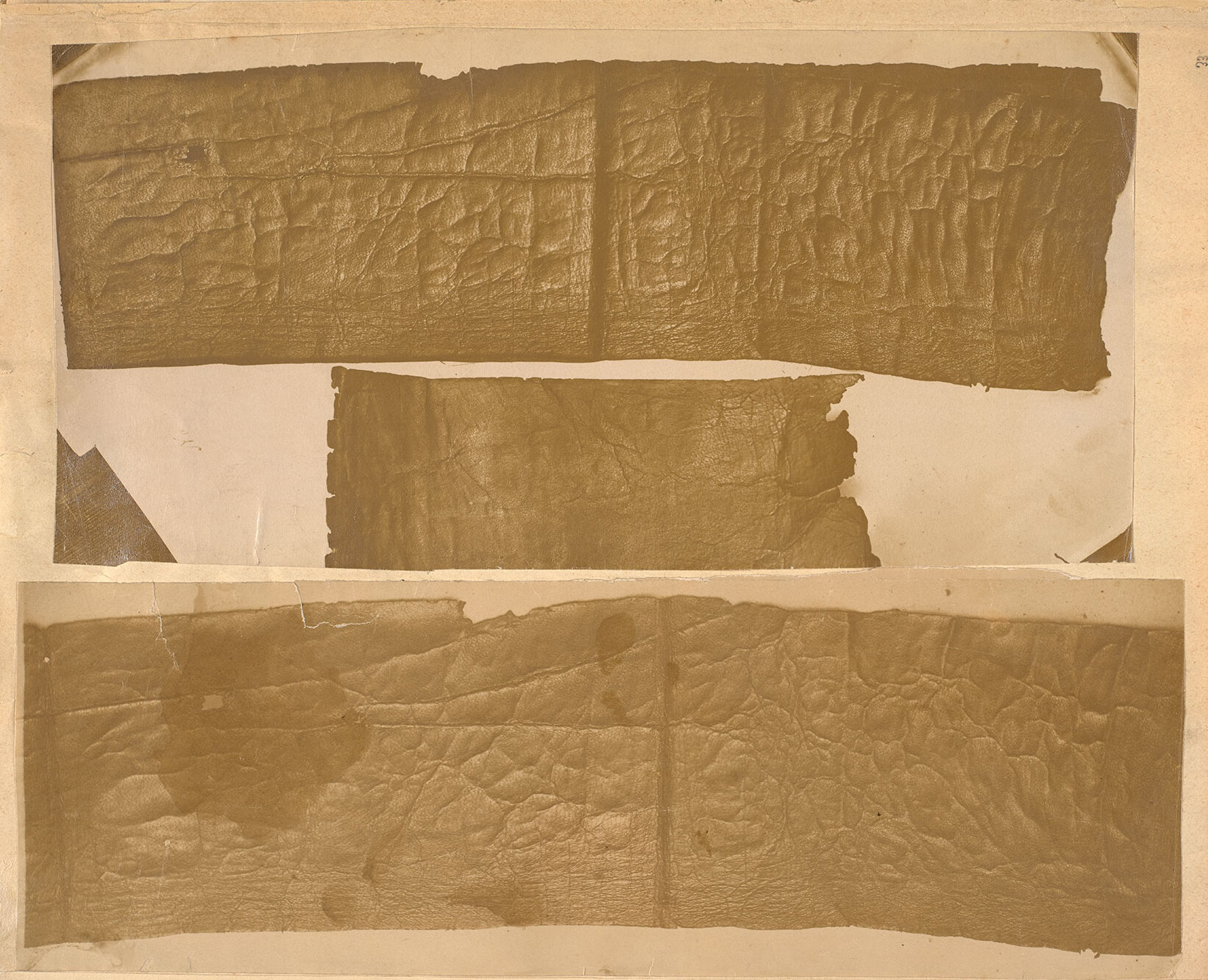 In 1883, a Jerusalem antiquities dealer named Moses Wilhelm Shapira announced the discovery of a remarkable artifact: 15 manuscript fragments, supposedly discovered in a cave near the Dead Sea. Blackened with a pitchlike substance, their paleo-Hebrew script nearly illegible, they contained what Shapira claimed was the “original” Book of Deuteronomy, perhaps even Moses’ own copy.

The discovery drew newspaper headlines around the world, and Shapira offered the treasure to the British Museum for a million pounds. While the museum’s expert evaluated it, two fragments were put on display, attracting throngs of visitors, including Prime Minister William Gladstone.

Charles Simon Clermont-Ganneau, a swashbuckling French archaeologist and longtime nemesis of Shapira’s, had been granted a few minutes with several of the fragments, after promising to hold his judgment until the museum issued its report. But the next morning, he went to the press and denounced them as forgeries.

The museum’s expert agreed, and a distraught Shapira fled London. Six months later, he committed suicide in a hotel room in the Netherlands. The manuscript was auctioned for a pittance in 1885, and soon disappeared altogether.

Since then, the Shapira affair has haunted the edges of respectable biblical scholarship, as a rollicking caper wrapped in a mystery wrapped in a cautionary tale. But now, a young scholar is staking his own credibility by asking, what if this notorious fake was real?

In a just-published scholarly article and companion book, Idan Dershowitz, a 38-year-old Israeli-American scholar at the University of Potsdam in Germany, marshalls a range of archival, linguistic and literary evidence to argue that the manuscript was an authentic ancient artifact.

But Dershowitz makes an even more dramatic claim. The text, which he has reconstructed from 19th-century transcriptions and drawings, is not a reworking of Deuteronomy, he argues, but a precursor to it, dating to the period of the First Temple, before the Babylonian Exile. That would make it the oldest known biblical manuscript by far, and an unprecedented window into the origins and evolution of the Bible and biblical religion.

Dershowitz’s research, closely guarded until now, has yet to get broad scrutiny. Scholars who previewed his findings at a closed-door seminar at Harvard in 2019 are divided, a taste of fierce debates likely to come.

But if Dershowitz is correct, some experts say, it will be the most consequential Bible-related discovery since the Dead Sea Scrolls in 1947.

“Qumran was a massive shift,” Na’ama Pat-El, an expert in classical Semitic languages at the University of Texas in Austin, said, referring to the area where the Dead Sea Scrolls were found. “What Idan is offering is something that’s at least equivalent, if not more. It’s pretty incredible if he’s right.”

For Dershowitz, the dismissal of Shapira’s manuscript nearly 140 years ago was not just a mistake, but “a tragedy” — and not just for Shapira.

“It’s mind-boggling that for almost the entire existence of the discipline of Bible studies, this text that tells us more than any other manuscript discovered before or since hasn’t been part of the conversation,” he said.

This is a particularly fraught moment to reconsider a famous fake. Last year, the Museum of the Bible in Washington announced findings that all the Dead Sea Scroll fragments in its collection were modern forgeries. And more than one scholar interviewed about Dershowitz’s research mentioned the fiasco of the so-called Gospel of Jesus’ Wife, a supposedly ancient papyrus fragment announced with much fanfare in 2012, only to have the case for authenticity crumble to dust.

But proving something is authentic is harder than proving it is fake. And underneath all the big questions raised by Dershowitz’s claims, there lies a more basic conundrum: How can you prove a disputed ancient artifact is genuine when it may no longer exist?