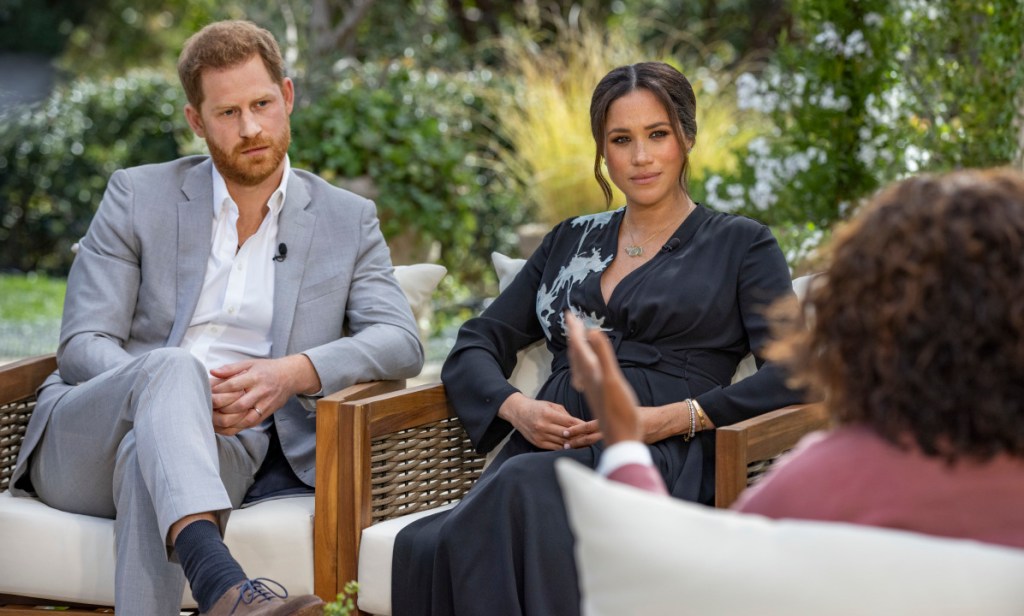 Meghan Markle and Prince Harry are no Stormy Daniels and certainly no Michael Jackson, but their sit-down with Oprah Winfrey last night was certainly a royal payoff for CBS.

The two-hour Oprah with Meghan and Harry: A CBS Primetime Special pulled in 2.6 among adults 18-49 and 17.1 million viewers for the network in early numbers.

Or put another way, right now, that’s more eyeballs than last September’s Emmys and last week’s Golden Globes put together! Coming in low, the awards ceremonies had 6.4 million and 6.9 million viewers respectively and ratings of 1.3 and 1.5 when the dust settled and the final numbers were in. That’s 22% less than the early numbers for Meghan and Harry in total audience and basically even with the Emmys and the Globes’ demo results added up.

In fact, with the exception of 20.4 million who saw the post-Super Bowl debut of Queen Latifah’s The Equalizer, Oprah with Meghan and Harry has been awarded the largest non-sports audience of the 2020-2021 TV season so far.

And remember, those numbers for the Harpo Productions show will likely increase as adjusted data, out of home viewing and delayed viewing metrics come in over the next day or so. We will update accordingly.

In terms of audience, the Royal interview snagged exactly the same viewership as Diane Sawyer’s 2015 sit-down with the then transitioning Bruce Jenner. That 20/20: Bruce Jenner – The Interview had a 6.8 rating in the key demo in the final numbers. In early data, the Jenner interview had 16.9 million viewers – which means Harry, Meghan and Oprah are on track to best it.

However, in terms of American royalty, the sixth in line for the British throne and his ex-Suits star spouse were no match for Michael Jackson. When Oprah chatted with the Thriller superstar back in 1993, the live interview captured a crowd of 62 million for ABC.