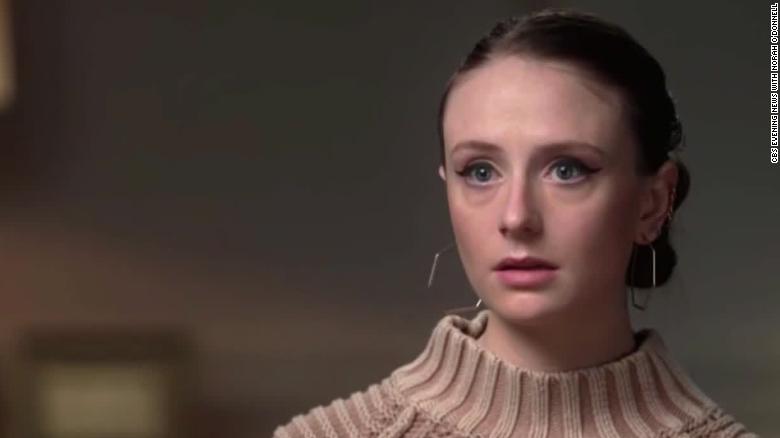 When Charlotte Bennett was 12 years old, Gov. Andrew Cuomo moved into a home less than 5 miles from hers in Westchester County.

Cuomo, then the attorney general of New York, was raising his three daughters with his then-girlfriend Sandra Lee, the celebrity chef.

Their worlds even collided briefly: Bennett once played middle-school soccer with one of Cuomo’s daughters.

Now Bennett, 25 – whom friends and neighbors describe as thoughtful, quiet and civic-minded – is among three women who have publicly accused Cuomo of sexual harassment.

In interviews with CBS News’ Norah O’Donnell and The New York Times, Bennett, who worked in the Cuomo administration, much of her time as an aide, detailed multiple instances in which the governor, who is 63, allegedly made inappropriate comments. He asked Bennett, a victim of sexual assault, if her experience had impacted her sex life, she said. He allegedly told Bennett he was comfortable dating 22-year-olds, and was looking for a girlfriend. And, she said, he asked her about her sexual relationships.

“Some of the things I have said have been misinterpreted as an unwanted flirtation,” Cuomo said in a statement on Sunday, adding, “To the extent anyone felt that way, I am truly sorry about that.”

Bennett is the second of three accusers. Lindsey Boylan, Cuomo’s former deputy secretary of economic development and special adviser, wrote a 1,700-word post on the website Medium in February in which she said she was subjected to unwanted advances by Cuomo during her nearly two years working for the administration.

The third accuser is Anna Ruch, who said Cuomo made an unwanted advance at a New York City wedding in September 2019, placing his hand on her bare lower back. When she removed his hand, she said, Cuomo grabbed her face with both hands and asked if he could kiss her.

Bennett grew up in Katonah, an affluent hamlet in northern Westchester with a charming downtown dotted with colorful Victorian homes. The hamlet is home to celebrities such as Martha Stewart. And Bedford, the town that Katonah is part of, is home to Cuomo’s former wife, Kerry Kennedy, as well as other members of the Kennedy clan.

It is a solidly Democratic town.

Most people who know the Bennett family declined to speak on the record , but they described the family as very private, and said that both Charlotte and her mother had campaigned for local Democratic candidates.

Westchester County Legislator Kitley Covill was one of them. When she ran for her seat in 2017, both mother and daughter campaigned on her behalf. She described Bennett as a friend.

She is a smart, talented person who worked hard as a New York state employee in an important position,” said Covill.

Friends from Katonah say she was public-service minded from a young age. She volunteered on the Katonah Bedford Ambulance Corp when she was a student at John Jay High School.

After graduating high school in 2013, Bennett attended Hamilton College in Clinton, graduating with a degree in Women’s Studies in 2017, according to her LinkedIn page. In July 2016, the summer before her senior year, she was praised in an article on the college website about her work as a policy intern for a non-profit that provided legal services for sexual violence survivors.

In the article, Bennett mentions she herself is a survivor, which was in part what motivated her, she said.

“My own personal experiences have led me to a place where I believe this kind of advocacy work is especially important,” she is quoted as saying.

Bennett would go on to found and direct the Sexual Misconduct and Assault Reform Task-Force, a group designed to address sexual assault and its surrounding culture on campus; and its subgroup, Policy Advisors for Sexual Assault, created to train students to help survivors.

Katherine Barnes, who graduated from Hamilton College in 2020 with a bachelor’s in Women and Gender Studies, described herself as a close friend and former classmate of Bennett’s. She said the creation of SMART had a lasting impact on campus.

In addition, SMART released a statement saying: “As an organization, we are sending all of our love and support to Charlotte during this time and we call for the state of New York to hold Mr. Cuomo accountable for his actions.”