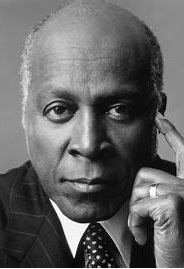 Vernon Jordan never held elective office, was never a member of the Cabinet and never even worked for the federal government. He was a lawyer who rarely appeared in court, a corporate kingmaker who was not a registered lobbyist, a political strategist who did not direct a campaign.

Yet Jordan was, for years, one of the most influential figures in Washington. With a commanding presence, personal charm and an inviolable sense of discretion, Jordan had a rare combination of talents that made him the confidant of presidents, congressional leaders, business executives and civil rights figures.

He was the consummate Washington power broker, reaching the peak of his quiet authority during the 1990s, when he was, with the possible exception of Hillary Clinton, President Bill Clinton’s closest adviser. He had Clinton’s ear through two terms as president, including the most challenging moments, when Clinton faced an investigation and impeachment over a relationship with a White House intern.

“The last thing he’d ever do is betray a friendship,” Clinton said in 1996.”It’s good to have a friend like that.”

Jordan died March 1 at his home in Washington, D.C. He was 85. The death was confirmed by his daughter, Vickee Jordan. She declined to state the cause.

Jordan brought a smooth manner and elegant style to Beltway dealmaking, anchored in his youth in a housing project in the segregated South. He had the moral authority of a veteran of the civil rights movement – he nearly died in a 1980 shooting by a racially motivated would-be assassin – and was adept at navigating corporate boardrooms and golf course fairways, as well as gospel-filled churches.

There had been earlier generations of Washington insiders giving advice from the sidelines, including Tommy “the Cork” Corcoran, Bryce Harlow, Clark Clifford, Lloyd Cutler and Robert Strauss – Jordan’s mentor at the Akin Gump law firm. But one significant way in which Jordan differed from his predecessors was he was among the few African Americans at the top of Washington’s power structure.

It was a role he had cultivated for decades. As early as 1971, when he became executive director of the National Urban League, Jordan outlined an approach to bring the civil rights struggle to the highest levels of government and business.

“Black power will remain just a shout and a cry,” he said then, “unless it is channeled into a constructive effort to bring about black political power and to influence the established institutions of American politics.”

Instead of marching in the streets, Jordan marched toward the executive suite. He persuaded corporate leaders to hire Black workers and support institutions – most notably the Urban League – that benefited African Americans. By the time Jordan came to Washington in 1981, his influence could be felt from Wall Street to Congress to the grass roots of the civil rights movement.

“I’m not a creature of the boardrooms,” he told People magazine that year. “I’ve got relatives on welfare. I’m a creature of the first public housing project for blacks ever built in America,” in his native Atlanta.

Jordan was once under consideration to be commissioner of the National Football League and was rumored as a possible attorney general or ambassador to Britain. But he never accepted a nomination for any position that would require Senate confirmation.

He sat on the boards of more than a dozen companies, vacationed on Martha’s Vineyard and wore custom-made shirts from Savile Row. For years, he spent Christmas Eve with Bill and Hillary Clinton, and presidents and billionaires came to his parties.