Capitol is on high alert with almost 5,000 National Guard troops on the streets amid bizarre QAnon conspiracy theory that Trump will be made president again in two days 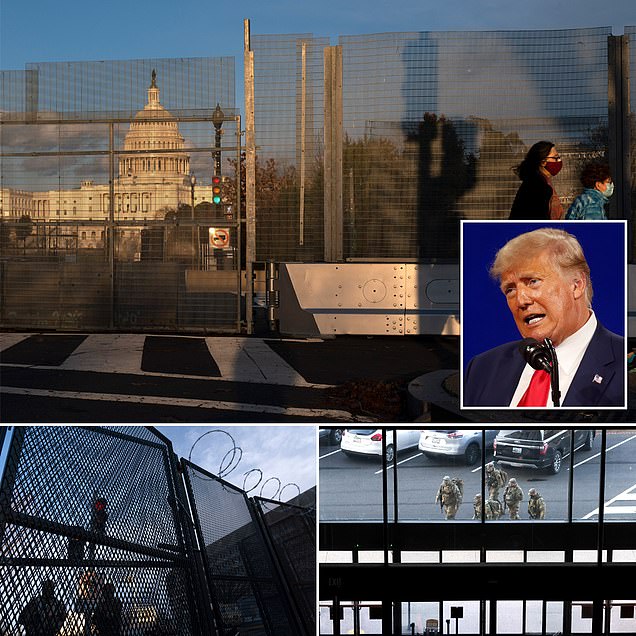 The Capitol is being guarded by almost 5,000 troops ahead of March 4 – when QAnon followers believe Donald Trump will become president again.

The US Capitol Police requested 4,900 National Guard troops remain in the nation’s capital until at least March 12.

It’s not known publicly if there are any threats to the Capitol, which was the site of the pro-Trump insurrection on January 6 that left five dead.

March 4 is important for QAnon conspirators because it was the former inauguration date of the country before the 20th Amendment moved it up to its current date in January.

Conspirators who believe Donald Trump’s false claims that the election was ‘rigged’ believe that Trump will be able to claim the presidency on the historic inauguration date on Thursday.

Trump, whose claims the election was ‘stolen’ from him and his supporters led to the Capitol siege, and his impeachment and suspension from Twitter, is continuing to fan the flames of anger among his supporters.

During his remarks at CPAC on Sunday, he mentioned the possibility of winning for ‘a third time’ if he chooses to run for president again, a continuation of his 2020 victory claim.