When Violent Nationalism Backfired for the Jews 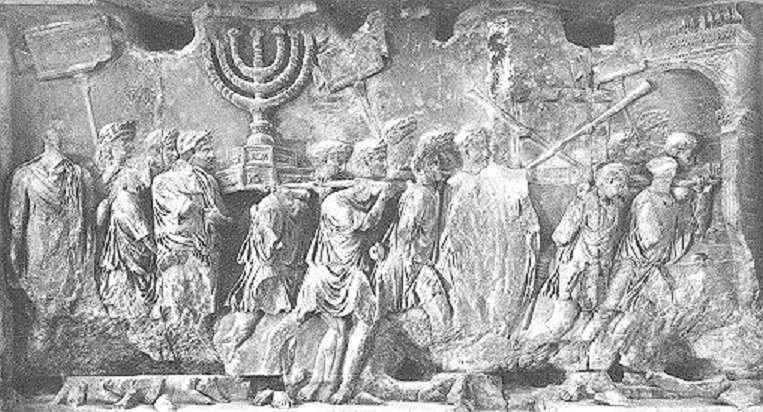 In the musical Jesus Christ Superstar, Jesus stands amid a fanatical crowd bellowing out their devotion to him. Simon the Zealot senses an opportunity and shrewdly informs Jesus that:

There must be over 50,000 screaming love and more for you
Every one of 50,000 would do whatever you ask him to
Keep them yelling their devotion, but add a touch of hate at Rome
You will rise to a greater power, we will win ourselves a home
You’ll get the power and the glory, for ever and ever and ever.

In the show, Jesus refuses to cultivate hatred of Rome and retorts that neither Simon nor the crowds understand what true power is. Lyricist Tim Rice is no New Testament scholar—it is open to debate whether Simon’s zeal pertained to religion or included a violent expulsion of Roman power from Judea and Galilee. But Rice did hit upon a genuine theme in Jesus’ ministry: Jesus refused to be the Messiah of a violent revolution, and he called on his fellow Jews to repent of the idea that the kingdom of God can be established by violent insurrection.

What took place at the US Capitol in January happened to be set in America: an unruly mob, some bearing Christian banners, smashing their way into a nation’s halls of power to overturn a democratic election and fulfill prophecies that foretold their political messiah. But the impulses driving the violent act—and subsequent threats of violence—were all too visible to Jesus in his day. He saw their inevitable disastrous end, and he warned his followers not to be seduced by the power of the sword.

Shortly after Jesus’ birth, a man named Judas the Galilean led a popular uprising against the provincial rulers in Galilee. Judas’s militant group objected to Roman taxation in part because it was oppressive and in part because taxation meant recognizing Caesar as king (their motto was “No king but God!”). The Jews resented Roman hegemony, with its puppet rulers, its appointment of their high priest, and the humiliation of being dominated by yet another pagan overlord, of which Rome was but the latest permutation.

The Galilean insurrection was crushed when Varus, the Roman legate of Syria, arrived with his legions to defeat the rebels and destroy the city of Sepphoris, only a few miles north of the village of Nazareth. Varus took the city’s inhabitants into slavery. Jesus grew up amid all this desolation, where physical signs and traumatic memories of Roman imperial violence were palpable.

Over the next 60 years, there would be many riots, incidents, massacres, and prophetic protests against Roman rule. No wonder then that in Jesus’ day, many people like Simeon were waiting for the rescue or the redemption of Israel (Luke 2:25), including the two travelers to Emmaus (Luke 24:21). According to the first-century Jewish historian Josephus, many were inspired by an “ambiguous oracle” from their Scriptures about a ruler rising up from their land to defeat the Romans and dominate the East.

Each of the major Judean factions of Jesus’ day had its own view of how to manufacture the kingdom. For the Pharisees, it was a matter of back-to-basics Torah learning, with purity and piety serving as the path to national deliverance. The Sadducees hedged their bets and threw their lot in with the biggest military power of the day, currying favor with Rome and praying it would all work out. The ascetic Qumranites hoped they could withdraw to the wilderness, keep themselves separate, write a commentary on Habbakuk, and wait for God to send his angels to destroy the Romans and apostate Jews.

In some ways like Christian nationalists in America, the Judean zealots were slow to organize. There was no formal “Zealot party” until the Judean rebellion in the late 60s, decades after Jesus departed the scene. But during Jesus’ lifetime, there were many zealous-minded Jews, who believed in holy violence to protect Israel and the temple’s sanctity. Their approach was a Torah in one hand and a sword in the other, practicing what they thought was divinely sanctioned violence against Gentiles and even Jewish collaborators.