(RNS) — When he first came to Saddleback, John Baker’s life was unraveling.

A successful businessman and Air Force veteran, Baker, who died unexpectedly this week at 72, once dreamed of going into ministry. After the military, he got a job in the corporate world but stayed involved in church working as a youth leader.

He was successful at both, but he was also, in his own description, a “functioning alcoholic.” He could keep up at work and at home, while also managing his steady alcohol intake — and his hangovers.

“My wife just couldn’t label me as an ‘alcoholic’ until she noticed my new breakfast drink – beer!” he said in 1996, while recounting his life’s story.

After separating, Baker and his wife eventually reconciled, and the two found their way to Saddleback Church in Orange County, California, where Baker became part of an Alcoholics Anonymous group and was baptized by the Southern Baptist megachurch’s pastor, Rick Warren. Coming to Saddleback reset the course of Baker’s life, Warren told Religion News Service in a video interview this week.

“When he came to know the Lord, his family was falling apart, Warren said. “It saved his family and saved his life.”

Over the next three decades, Warren watched his friend grow from a new church member to a volunteer to a staffer, ending as an elder at one of the largest congregations in the United States.

Baker’s ministry at the church was focused primarily on Celebrate Recovery, the Christian 12-step group that he and his wife, Cheryl, co-founded in the early 1990s. The program is now used at thousands of churches in the United States and around the world, helping people deal with their “hurts, hang-ups, and habits” as the program puts it. 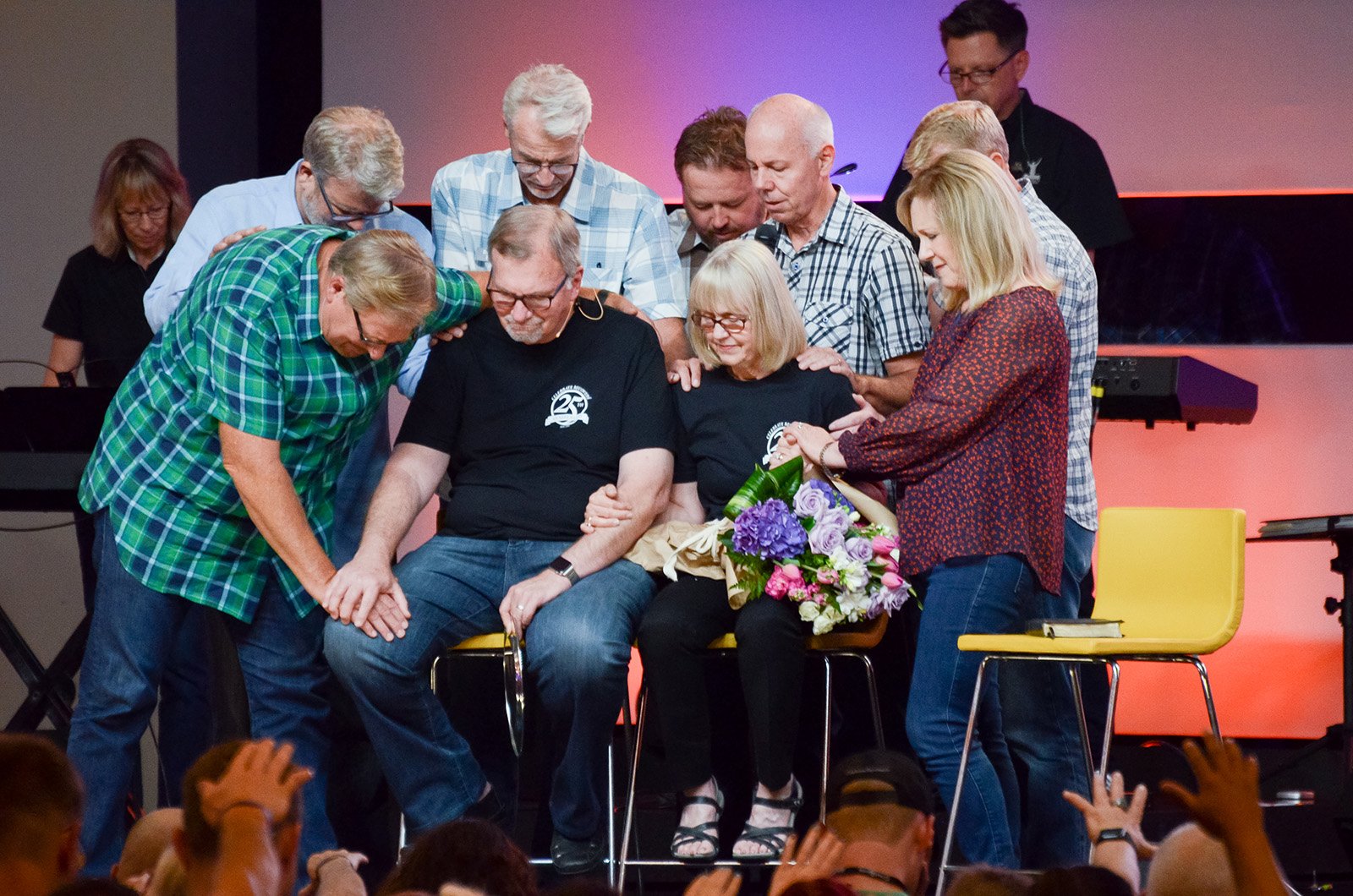 The recovery program is also used at prisons and jails across the United States, where it is known as “Celebrate Recovery Inside.”

Warren said that his longtime friend never stopped growing in faith and worked tirelessly for the benefit of other people. “He literally impacted millions of people through Celebrate Recovery,” said Warren.

The ministry grew out of a letter Baker wrote to Warren informing him of Baker’s experience in Alcoholics Anonymous. While that program, founded by Christians, has spiritual aspects, it is not explicitly religious. Baker proposed starting a group that combined the insights of AA with Christian teaching.

Warren said that Celebrate Recovery draws on the Beatitudes, the sayings from Jesus’ Sermon on the Mount that begin, “Blessed are the poor in spirit.” Jesus’ statement, Warren said, parallels the first step in the 12-step process.

“That’s saying, I admit my life is out of control and I can’t do anything about it,” he said.

The program started with a series of sermons called “The Road to Recovery.” After the program launched, Warren said, people from Celebrate Recovery would often give their testimony during a church service about how it had affected their lives.

At Celebrate Recovery meetings, members identify themselves not simply as alcoholics, but as “a child of God” or “follower of Jesus,” then talk about their struggles. It stresses that a Christian’s primary identity is in the God who made them and saved them.

The program also stresses the need for action.

“You are not really healed until you are helping someone else,” he said. 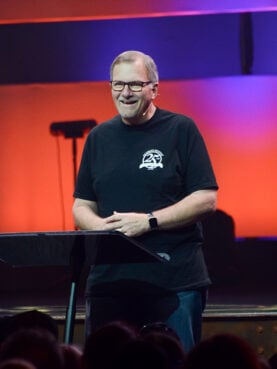 Tens of thousands of people have been through Celebrate Recovery at Saddleback, many of them from outside the church. Warren said the program has also become a “leadership factory,” with many members going on to prominent roles at the church.

At its heart, Warren said, Celebrate Recovery is about community. Baker, he said, understood that, while forgiveness comes from God, healing often happens with the help of other people.

“If you want to be healed emotionally, you need to tell somebody who is going to love you through that pain,” he said.

Warren, who called Baker a trusted and loyal friend to him and his wife, Kay, said because Baker felt he had been loved and forgiven by God, he needed to pass that love and forgiveness on.

“When you know that God has cut you a bunch of slack, you’ve got to cut other people slack,” he said, adding that religious people often forget that.

Though he was gracious and kind, Baker also knew that love had to be tough at times. When the church was dealing with complicated situations or had to confront someone, he often called Baker in to go with him.

Warren said that Baker could be gentle but forceful when an intervention was needed.

“John was not afraid to tell the truth,” Warren.

Baker’s survivors include his wife, Cheryl, who co-founded Celebrate Recovery, two children and several grandchildren. Because of COVID-19, funeral services will likely be small and private, said Warren. Without COVID, he said, the church would have been packed with those who loved Baker.

“God can use anybody,” Warren said, summing up his appreciation for Baker’s life. “God uses imperfect people because if only perfect people got used, nothing would get done. So God uses us in spite of ourselves and our mixed motivations and in our own failures and flaws.”