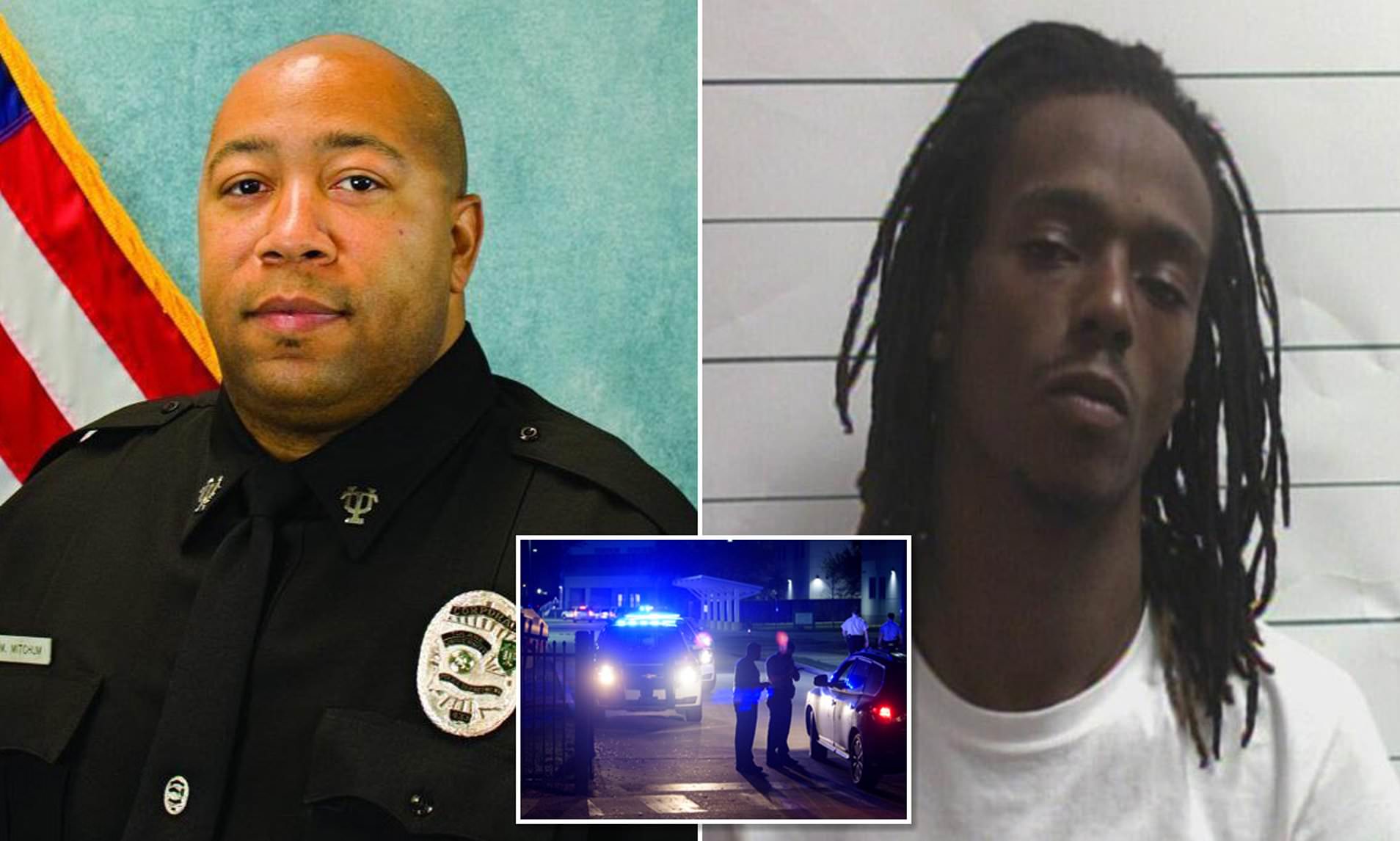 A Louisiana police officer was shot dead last week during a mask dispute at a high school basketball game.

Authorities confirmed the death of Cpl Martinus Mitchum, 38, of the Tulane University Police Department in a Facebook post on Saturday.

John Shallerhorn, 35, was identified by police as the suspect who fatally shot Mitchum at George Washington Carver High School in the 3000 block of Higgins Blvd on Friday.

Shots were fired near the gymnasium at the school, according to police superintendent Shaun Ferguson.

The school was put on lockdown after the shooting, local news outlets reported, and the game was ultimately called off.

The New Orleans Police Department said in a statement that officers responded to the location after being notified of ‘an officer in danger’ around 6.15pm on Friday.

When officers arrived to the scene, they found Mitchum suffering from a gunshot wound to the chest.

First responders transported him to University Medical Centre in New Orleans, where he later died from his injuries.