Irv Cross, Star NFL Defensive Back and the First Black American to Work Full-time as an Analyst on National TV, Dies Aged 81 as Colleagues Bid Farewell to ‘a True Gentleman and a Trail Blazer’ 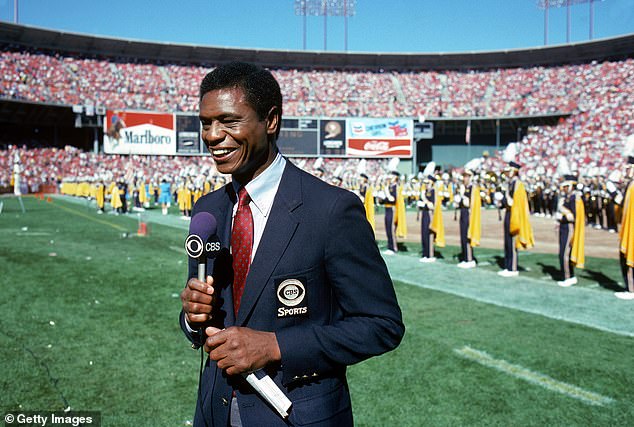 Irv Cross, the former NFL defensive back who became the first African American to work full-time as a sports analyst on national television, died Sunday at 81.

The Philadelphia Eagles, the team Cross spent his six of his nine NFL seasons with, said Cross’ son, Matthew, confirmed his father died near his home in Roseville, Minnesota. The cause of death was not provided, but he was diagnosed with a mild form of dementia in 2018, according to the Philadelphia Inquirer.

Cross told the Inquirer that he planned to donate his brain to the Boston University CTE Center to test for the degenerative brain disease that has been found in many deceased former players who had battled dementia.

‘That’s affected a lot of players from my generation,’ he told the Inquirer in 2018. ‘We didn’t think about things like safety.’

There was an outpouring of grief in the wake of Cross’s death, not just from fans and players, but also at CBS, where he was a staple of the network’s NFL pregame show.

‘All of us at CBS Sports are saddened by the news of Irv Cross’ passing,’ CBS Sports Chairman Sean McManus said in a statement.

‘Irv was a pioneer who made significant contributions to the storied history and tradition of CBS Sports and, along with Phyllis George and Brent Musburger, set the standard for NFL pregame shows with: The NFL Today.”