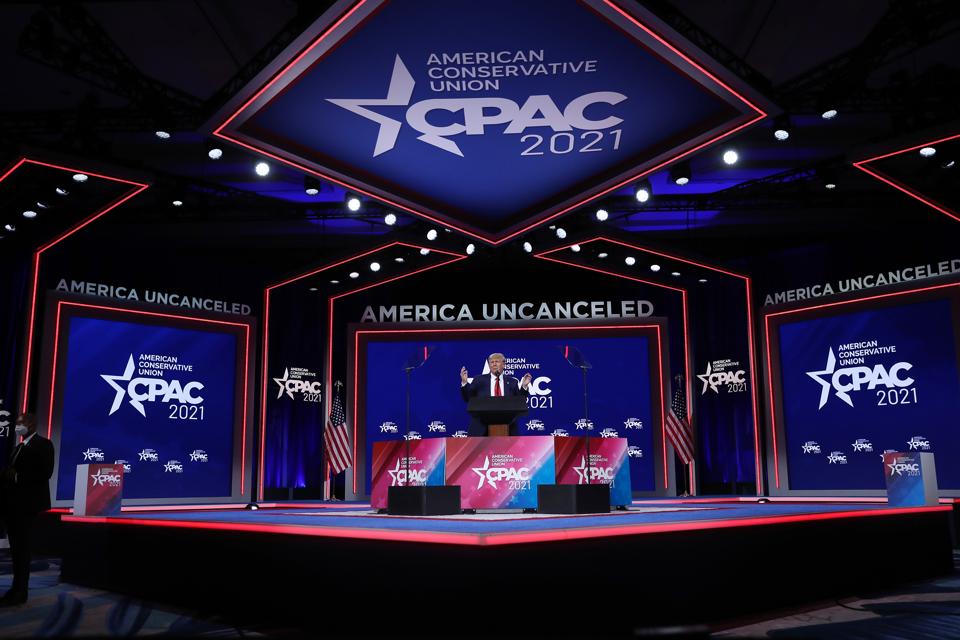 In a highly unusual step for a major hotel group, Hyatt felt compelled to issue multiple news releases rejecting Nazi symbolism after a politically charged conference was held in one of its hotels.

One of the year’s marquee events on the GOP calendar, the Conservative Political Action Conference (CPAC) was held at the Hyatt Regency in Orlando, Florida, over the weekend. Speakers included high-profile Republicans including former President Donald Trump, who repeated false claims that he won the 2020 election.

Early on in the four-day event, outrage erupted over the event’s stage design, which drew comparisons to a Norse rune used by Nazis during World War II. A photo of the CPAC stage went viral as thousands of social media users shared posts comparing its distinctive design to an othala rune.

Following World War II, the symbol was adopted by Nazis in an “attempt to reconstruct a mythic ‘Aryan’ past,’” according to the Anti-Defamation League. “Today, it is commonly seen in tattoo form, on flags or banners, as part of group logos, and elsewhere.”

By Saturday afternoon, there had been nearly 100,000 tweets comparing the CPAC stage to the Nazi symbol, as the #boycottHYATT hashtag exploded across Twitter and other platforms.

Hyatt quickly went into damage control, attempting at first to frame the issue as one of free speech. Journalist Nancy Levine tweeted out a Hyatt statement touting the company’s responsibility to provide an inclusive environment for everyone. “We believe in the right of individuals and organizations to peacefully express their views, independent of the degree to which the perspectives of those hosting meetings and events at our hotels align with ours,” said a company spokesperson.