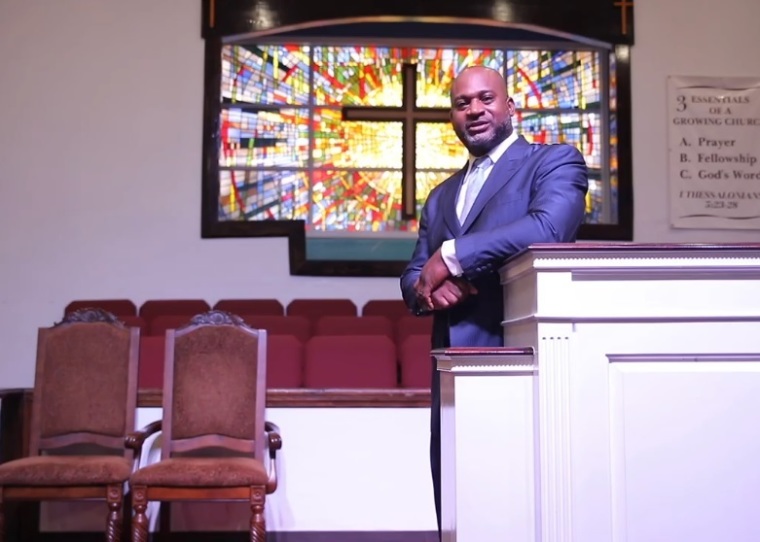 MACON, Ga. — The Macon community has lost an activist and a church is without its pastor after his death Wednesday.

“As many families and lives have been affected by COVID-19, so too have ours,” the post said.

According to New Pilgrim’s website, Raines was a 1995 graduate of Central High School and 1999 graduate of Clark Atlanta University.

Local religious leaders are taking to social media to extend their condolences to the Raines family and New Pilgrim community.

“My heart is incredibly heavy! I watched him grow up… I saw him playing baseball when he was a kid! He was a mentee of mine!,” Pastor E. Dewey Smith Jr. said in a Facebook post.

Smith is a pastor at the House of Hope Atlanta and Macon. In the post, Smith said he was “heartbroken” and asked that people keep the Raines family in their prayers.

A Facebook post from the General Missionary Baptist Convention of Georgia says Raines was recently appointed president of the organization.

“During this of uncertainty, we request the continued prayers as well as acts of emotional and spiritual support for the Raines family,” Reverend Anthony Q. Corbett, Sr. said in the post. “It is with great honor that The General Missionary Baptist Convention of Georgia will assist the Raines family during this most difficult time.”

Jones says funeral services will be handled by Bentley and Son’s Funeral Home. They are incomplete at this time.

Shockwaves of grief are still rippling through the black Baptist community in Georgia after Rev. Bryant Wardell Raines, a prominent local activist and leader of the New Pilgrim Missionary Baptist Church in Macon, died last Wednesday from COVID-19 complications.

“Your prayers and well wishes are requested for his wife, Sister Ilashia Raines along with their family, and the congregation of New Pilgrim Baptist Church,” Corbett said.

Early last month, the late pastor’s brother revealed that Raines was trying to recover from COVID-19.

“FB Family, as many families and lives have been affected by COVID-19, so too have ours. We are grateful for the ongoing outpour of support, unselfish expressions of love and genuine concern all of you have shown,” Curtis Raines Jr. wrote on Feb. 12. “My family and I ask for your continued prayers for Bryant for the total restoration of his strength and health. We know that there is incredible power in prayer and that God is a healer.”

Raines’ church did not immediately respond to calls for comment on his passing Monday. However, prominent local pastors like E. Dewey Smith Jr., senior pastor of The House of Hope Atlanta in Decatur, openly shared their grief as news of his death spread.

“My heart is incredibly heavy!! I watched him grow up,” Smith declared on Facebook. “I saw him playing baseball when he was a kid! He was a mentee of mine! His late father, Pastor Curtis Raines, Sr., was my friend! His brother (Curtis Jr) & I went to school together & played baseball together! He was only 44 years old…. he was in good physical shape… I HATE COVID19!!!!!!”